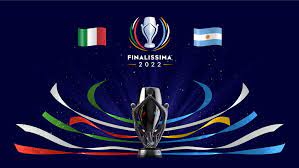 It is the first of three inter-continental championships that UEFA and CONMEBOL have agreed to stage and the third time the champions of the world’s two most powerful footballing regions face off in official competition.

On the other two occasions, France beat Uruguay in 1985 and Argentina beat Denmark in 1993.

Italy will look to put the disappointment of failing to qualify for this year’s World Cup behind them and kick-start a new era while Argentina arrive on a high, having ended a 28-year wait to be crowned South American champions – a success they followed by qualifying unbeaten for November’s World Cup in Qatar.

Italy manager Roberto Mancini has kept his job in an effort to pick up the pieces with his country now having missed out on two consecutive World Cup finals. He will be looking to reignite his team, which enjoyed a record run of 37 unbeaten games that came to an end against Spain last October.

Skipper Giorgio Chiellini will say farewell after 117 caps and Mancini told reporters the fixture between two countries who have won the World Cup six times between them is one of the “classic games of world football.”

“It’s always important to face the best. Italy won the last European Championship,” he told a press conference Tuesday. “It’s a national team of the highest level that has been doing a great job. Italy undeservedly failed to qualify for the World Cup. Now it can start almost from scratch. Mancini has given the team an identity that it didn’t have years ago.”