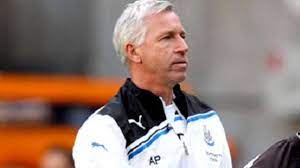 June 6 – Managers normally quit clubs either to move on to bigger and better or because they are sacked.

But former Newcastle and Crystal Palace boss Alan Pardew (pictured) has left CSKA Sofia in Bulgaria with immediate effect because of racist behaviour from some of the club’s fans.

Pardew became the club’s technical director in November 2020 before being appointed manager this April.

But he suddenly resigned last week after some CSKA fans threw bananas at four black players from their own team and targeted them with racial slurs before a home game against Botev Plovdiv on May 19. The players initially refused to play in the game, but were later persuaded to do so.

The fans had been angered by a cup final loss to bitter rivals Levski Sofia a week earlier but Pardew said he had to make a stand.

“The events before and after the match against Botev Plovdiv were unacceptable, not only for me but also for my assistant Alex Dyer and for my players,” said Pardew.

Dyer was the first black man to hold a coaching role at CSKA and Pardew added: “This small group of organised racist fans, who tried to sabotage the game, are not the fans I want to coach the team in front of. That’s definitely not the right way for CSKA because such club deserves a lot more.”

“It’s been a privilege and honour to serve this great club. Unfortunately, my time here has come to an end.”