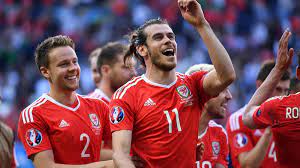 June 6 – They may have been second best over 90 minutes but a combination of an inspired goalkeeping display and the support of a passionate crowd helped Wales get over the line on Sunday as they reached their first World Cup finals for 64 years with a 1-0 win over luckless war-torn Ukraine.

A first-half own goal from Ukraine winger Andriy Yarmolenko, who headed a Gareth Bale free-kick into his own net, decided the contest to hand Wales the final European spot in Qatar.

It was a cruel way for Ukraine’s heroic qualifying effort to end with Oleksandr Petrakov’s side, who beat Scotland in the playoff semi-final, again showing excellent quality on the ball.

With half the team having played no competitive club football since the Russian invasion in February, Ukraine had the support of almost everyone outside Wales and on the balance of play and chances created arguably deserved to make the finals for the second time in their country’s history as an independent nation.

In fact, it was remarkable that Ukraine were even able to play at all given the war raging in their homeland. Their players had summoned a monumental effort to beat Scotland in the play-off semi-final and almost repeated the feat in Cardiff.

Manchester city’s Oleksandr Zinchenko had the ball in the net from a quickly taken free-kick only for Spanish referee Antonio Mateu Lahoz to rule it was taken before his whistle had been blown.

“Every one of us gave everything today, we left everything on the pitch,” said a crestfallen Zinchenko. “In general I don’t think we deserved to lose, but that’s football, it happens. Everyone needs to continue to fight, as footballers we need to represent our country as best we can.”

Wales were indebted to goalkeeper Wayne Hennessey for several fine saves though the hosts had further chances of their own as Ukraine pushed for an equaliser.

“It’s the greatest result in the history of Welsh football. We’re all ecstatic,” said skipper Bale after his country reached the finals for the first time since 1958. “It’s what dreams are made of and what we’ve been working for since we started. It’s for all of our amazing fans – I can’t describe the feeling.”

As Ukraine’s exhausted players cried in the rain, for many neutrals it was a bitter-sweet victory for Wales. Yet to their huge credit, the home players made a point of saluting the 2,000 opposition fans as well as their own.

“We just wanted to show our appreciation to them and what they’re going through as a nation,” said Wales manager Robert Page. “I thought their team were outstanding in the two games and they deserve a lot of credit for what they’ve done, and their supporters as well. We wanted to show them that respect.”

A quick footnote. Guess what Wales’ final group game at the finals will be after taking on the United States and Iran? The small matter of a tasty showdown with England.