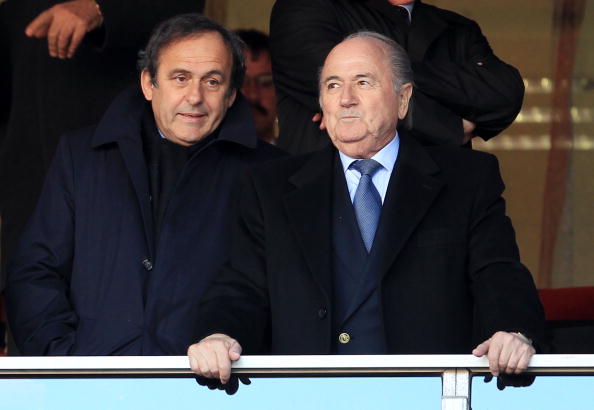 June 7 – After an investigation lasting seven years, Sepp Blatter and Michel Platini, once the two most powerful officials in world football, go on trial in Switzerland on Wednesday facing fraud, embezzlement and other corruption charges in a criminal case that has gripped world football politics.

If found guilty after a hearing in Bellinzona expected to last 10 days, both former powerbrokers could face a jail sentence and/or a hefty fine, the final fall from grace in what Swiss reports are describing as football’s trial of the century.

At the heart of the case brought by the Swiss judicial authorities and which opened in 2015 is the “disloyal payment” to Platini authorised by Blatter in 2011 which ended up bringing the careers of both men crashing down.

Blatter and Platini were banned by FIFA’s ethics committee because of the payment, removing Blatter, now 86, as FIFA president after 17 years at the helm and ending Platini’s chances of succeeding his former mentor having previously held the same position at UEFA.

The infamous payment covered a verbal agreement between the two for consultancy work by Platini when the Frenchman was working as a presidential adviser in Blatter’s first term, from 1998-2002.

The timing of its approval was hugely significant, coming just a few months before Blatter was re-elected to the FIFA presidency in 2011 when he stood unopposed. Prosecutors believe the two defendants lied as to the reason for the payment arguing it was “without legal basis” and unlawfully enriched Platini.

Both Blatter and Platini have long claimed they did absolutely nothing wrong and that the money represented backdated salary. Indeed, Blatter has made the point that it was money owed and was never a secret payment since it was reported to the Swiss tax authorities and social security was deducted from the payment. But crucially there was apparently no written contract.

The pair’s defence that everything was above board failed both at the FIFA ethics committee and later in separate appeals at the Court of Arbitration for Sport even though Platini’s ban was reduced.

Now the case comes to a criminal court which will sit only until lunchtime each day because of Blatter’s health, 18 months after he was in a coma following heart surgery.

Blatter is due to be questioned on the first day of the trial and Platini either one or two days later. Both are expected to give closing statements on June 22, when the trial ends.

The three federal judges hearing the case are scheduled to deliver their verdict on July 8. Blatter and Platini each face of up to five years in prison, but suspended sentences are increasingly the most likely option.

At the time of his indictment, Blatter said he hoped that “this story will come to an end and that all the facts will be dealt with properly.”

Platini, meanwhile, has denounced what he called “unfounded and unfair accusations”, claiming there was a conspiracy theory as part of a plot to stop him from becoming FIFA president.

Reports suggest that Platini’s lawyers will argue that such collusion helped Gianni Infantino, once the Frenchman’s number two at UEFA, grab the top job from under his nose – something Platini has long bitterly resented as he sought to clear his name.