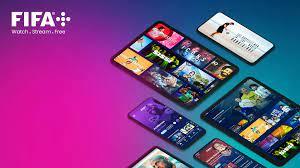 June 8 – FIFA has expanded its FIFA+ streaming platform with the addition of Japanese, Korean, Italian and Bahasa languages.

]The content will include a ‘hub’ feature that will feature region-specific short-form content and news available for Korean, Japanese, and Bahasa-speaking fans.

FIFA Director of Strategy, Corporate Development and FIFA+, Charlotte Burr said: “FIFA+ is about making football truly global and inclusive, and giving fans around the world a tool to engage with the game in new ways. The introduction of these four new languages is the next step in our vision to achieve that, and we’re hugely excited to be bringing the platform to more fans globally.”

FIFA+ will provide free access to 40,000 live football matches each year as well as archive of all men and women’s world cup matches, plus a slate of originals featuring full length documentaries, docuseries, talk shows and shorts.