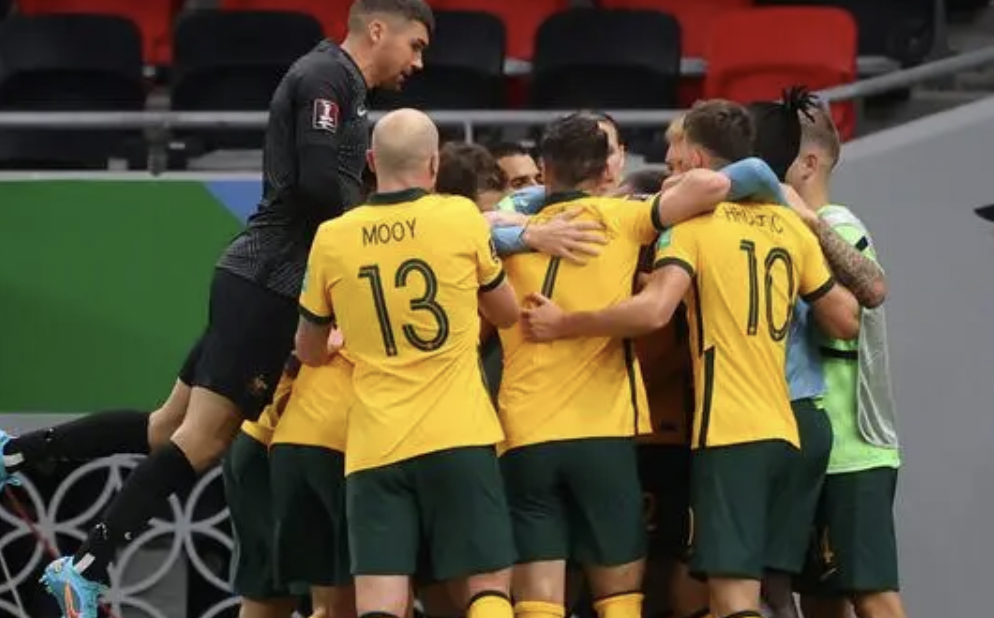 June 8 – Australia’s World Cup hopes remain alive after labouring to a 2-1 victory against the United Arab Emirates to set up a final, sudden-death playoff with Peru next Monday.

After a week-long training camp, the Socceroos were hardly inspiring against the UAE, but a late strike from Ajdin Hrustic was enough for the Australians to win. “We dropped a little bit physically in the last 15 minutes and started to lose balls that we weren’t losing before,” said UAE coach Rodolfo Arruabarrena.

“The boys gave everything, they have shown great professionalism over the last two weeks within the camp and in the match. This is a stage and we have to think about the future, we have a lot of young players and we need to keep improving and work hard.”

The first half was a nervy nervous affair with both sides afraid to make mistakes, but the match burst into life after the break with Jackson Irvine breaking the deadlock. The UAE swiftly equalised through Caio Canedo.

But Hrustic’s deflected volley proved the difference between the two teams, who both finished third in the third round of World Cup qualifying. The UAE fired their Dutch coach Bert van Marwijk during the campaign while Australia kept Graham Arnold at the helm despite growing criticism over his team’s lack of progress and stale playing style.

Against the UAE, the Australians were once again too often insipid, with a lack of sophistication and tactical nous to break open the match.

“We need to improve more,” reflected Arnold. “The Jordan game was the first friendly game we have had for three years because of Covid and the World Cup qualifying schedule. There was an improvement tonight from the Jordan game and I expect another big improvement after tonight’s game.”

Next week Arnold and his team will face Peru in a do-or-die playoff. The Australians have been at every World Cup since 2002, but the Peruvians have experience with Aussie opposition. At the last World Cup, the South Americans defeated Australia 2-0, even though neither side advanced from the group stages.