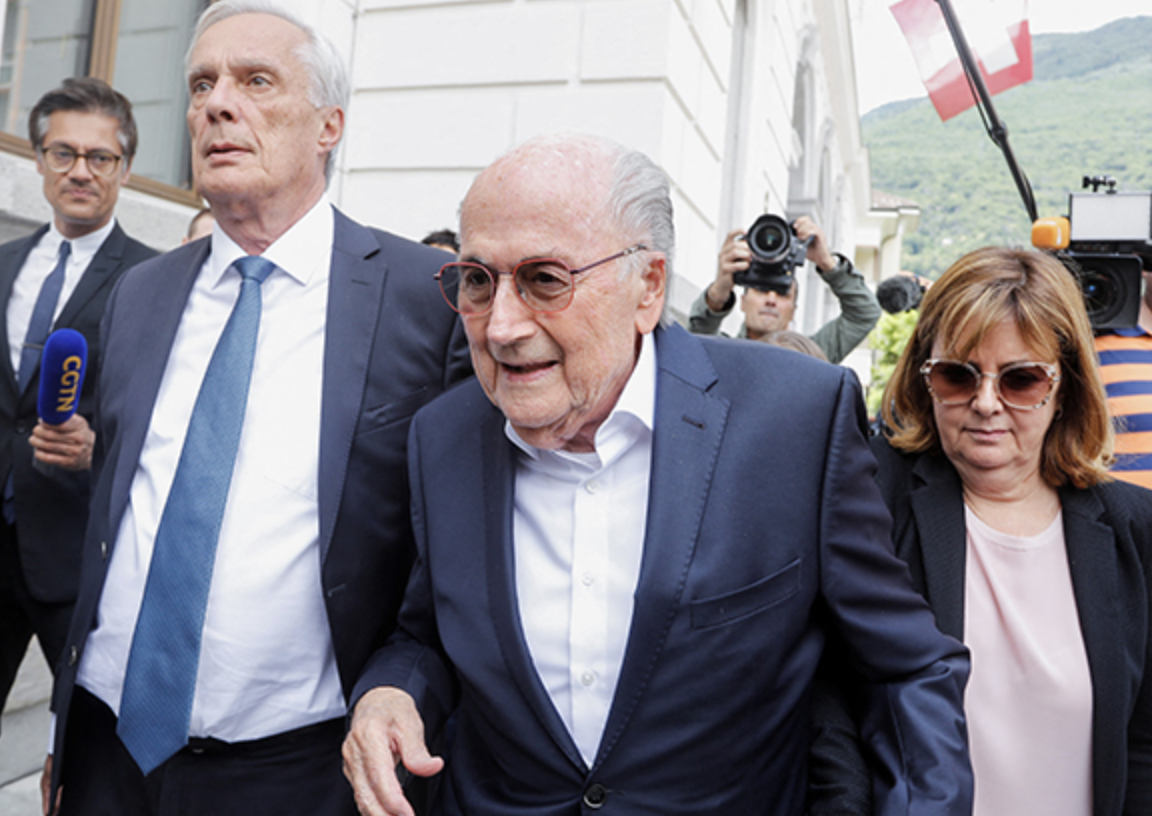 June 9 – The start of the eagerly awaited criminal trial of former FIFA president Sepp Blatter and ex-UEFA boss Michel Platini was pushed back 24 hours on Wednesday after Blatter told the court he was too ill to testify because of chest pains.

After an investigation lasting seven years, Blatter and Platini, once the two most powerful officials in world football, face fraud, embezzlement and other corruption charges.

If found guilty after an 11-day hearing in Bellinzona, Switzerland, both former powerbrokers could face a jail sentence and/or a suspended sentence and hefty fine.

At the heart of the case brought by the Swiss judicial authorities and which opened in 2015 is the “disloyal payment” to Platini authorised by Blatter in 2011 which ended up bringing the careers of both men crashing down.

Blatter and Platini were banned by FIFA’s ethics committee because of the payment, removing Blatter, now 86, as FIFA president after 17 years at the helm and ending Platini’s chances of succeeding his former mentor having previously held the same position at UEFA.

Just as he was about to take the stand Wednesday, Blatter, looking frail after arriving holding the arm of his daughter Corinne, said he was unable to address the court.

“I’m not well. I have these problems that come and go,” Blatter, now 86, said in a voice barely louder than a whisper. “I can’t breathe well. I don’t feel capable at the moment of responding to an interrogation.”

Before the hearing, he told reporters: “I know I have not done anything against the law. My life was football, for 45 years with FIFA.”

The three judges told Blatter the trial was running on a tight schedule but eventually allowed him to make his testimony today instead.

Platini, who is using an interpreter in court, joked beforehand that he would have to improve his German so he could follow the proceedings.

“I am convinced that justice will be fully and definitively done to me after so many years of wild accusations and slander,” the Frenchman said in statement before the hearing.

“We will prove in court that I acted with the utmost honesty, that the payment of the remaining salary was due to me by FIFA and is perfectly legal.”

But at the start of the hearing FIFA’s lawyer Catherine Hohl-Chirazi told the court: “It is obvious that FIFA has been damaged. Two million francs was stolen. The payment from Blatter to Platini was never approved by FIFA.”