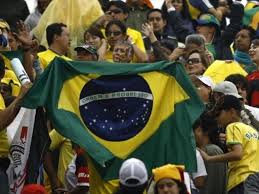 June 9 – Is the creation of a breakaway Brazilian league back to square one? In a break away from the Libra group, 25 clubs have decided to form a separate group to discuss league plans.

The new rift is a major setback for plans that have gained considerable traction since last year.

UOL reports that 25 clubs have fallen out over the distribution of TV revenue with members of the Libra ((Liga Brasileira) group. The new group proposes 45% guaranteed TV income for all clubs and 30% depending on performance and another 25% depending on fan engagement.

In May, Red Bull Bragantino, Corinthians, Flamengo, Palmeiras, Santos, São Paulo and Cruzeiro, in the second division, have put their signature under project Libra (Liga Brasileira) with partner Codajas Sports Kapital. More clubs had been expected to back Libra, but differences remained over the distribution of the revenue from broadcast rights with ‘Forte Futebol’, a block of clubs who teamed up to counterbalance the interests of clubs in Rio de Janeiro and Sao Paulo. It was an early sign that the road to a new league would be rocky at best.

The split reveals deep differences between the clubs that might be difficult to smooth out without major concessions from one of the blocks.  Last year,  local topflight clubs announced that they wanted to establish a league governing body to run the Serie A and gain more of an influence on how the Brazilian game is administered. The Brazilian Confederation of Football (CBF) was going through an institutional crisis following accusations of sexual harassment at the address of its president Rogerio Caboclo, who had to exit the organisation in disgrace.

Current CBF boss Ednaldo Rodrigues has repeatedly stated that his organization will support and facilitate the creation of a new league.