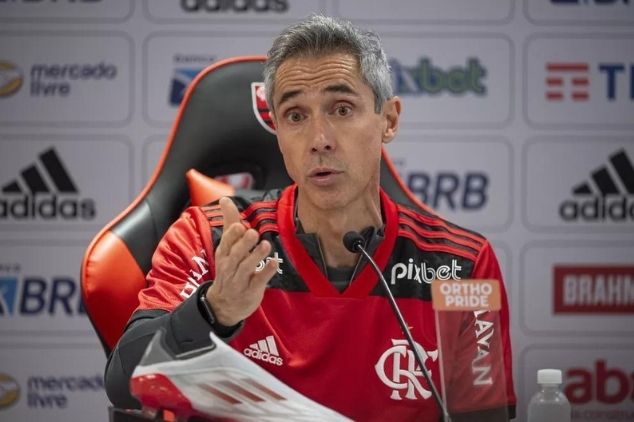 June 10 – Brazilian club Flamengo have parted ways with their Portuguese manager Paulo Sousa after less than six months. Recent defeats at the hands of Fortaleza and Red Bull Bragantino triggered his dismissal.

The Portuguese quit his role with the Polish national team to lead the Rio giants, but he never quite got Flamengo to play the swashbuckling football their fans expect. The 2021 Copa Libertadores finalists sit in 14th position in the Brazilian league table, seven points off the pace after ten rounds in the new season.

Sousa was not the first choice when he arrived in Rio de Janeiro. Jorge Jesus was the leading candidate, but Flamengo’s hierarchy failed to land the coach who brought Flamengo so much in 2019, winning the league and Libertadores double. Jesus set a new standard and ever since Flamengo have struggled to replicate the heights of his reign, with Domenec Torrent, Rogerio Ceni, Renato Gaucho and now Paulo Sousa falling short.

Sousa’s dismissal doesn’t come as a surprise in a football landscape where patience is always in short supply. Even so, Flamengo had invested a lot in the Portuguese, offering him a substantial salary, a long contract and the keys to the football department.

The morning after the defeat by Bragantino on Wednesday, the Brazilian press wrote that Sousa had been fired. By the afternoon, Dorival Júnior had accepted to step into the void and succeed Sousa at Brazil’s most supported club. To that end, he gave up his role at Ceara, which lasted just 18 games in 73 days.