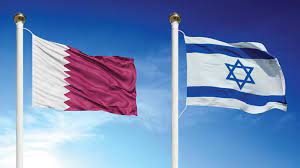 June 10 – Israelis will be able to travel to Qatar to attend the 2022 World Cup games in Qatar, Israeli ministers said on Thursday, reconfirming the position held by World Cup organisers.

Israel, who have not qualified for the global finals, and hosts Qatar do not maintain diplomatic relations, but with at least 15,000 Israelis flying in for the World Cup, the country said it reached an agreement with FIFA on its fans travelling to Qatar.

The hosts have said in the past that they would not block Israelis from attending the tournament, stressing that all nationalities will be welcome for the World Cup.

Qatar has considered normalising relations with Israel on the establishment of a Palestinian state. The official statement from Israel suggests that security arrangements have been put in place for the contingent of travelling fans. Israel still recommends against all non-essential travel to Qatar, setting a warning level for the country at 3 out of 4.

Israel’s Foreign Minister Yair Lapid said the move was “another diplomatic achievement that will warm the hearts of soccer fans.” He added that the World Cup “opens a gate to new, warm relations.”

The country’s Defense Minister Benny Gantz expressed hope that “Israelis visiting [Qatar] will strengthen the bonds of understanding between citizens of the two countries.”

Israel has reportedly also approached Qatar to seek direct flights to Doha for the World Cup. The tournament will kick off on November 21 and culminate with the final on Qatar National Day on December 18.