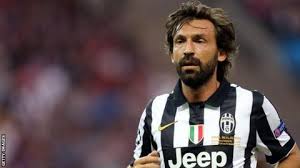 The former Juventus boss and ex-Italy midfielder signed a one-year deal to reignite his coaching career. Founded in 1926, Fatih Karagumruk are based in Istanbul and have never won the Turkish league.

Pirlo has been out of management since last summer when Juventus dismissed him despite winning both the Italian Cup and Super Cup.  Under Pirlo, Juventus missed out on the Italian league title for the first time since 2012.

As a player, Pirlo featured for Inter Milan, AC Milan and Juventus and won the 2006 World Cup with Italy.

Elsewhere, Steve Bould, former assistant coach of Arsene Wenger at Arsenal, has become the new head coach at Belgian second division club Lommel, owned by City Football Group. It is the first time Bould will take on the job of head coach.

“I am delighted to join Lommel SK within the City Football Group and to work with such a talented group of players,” said Bould in a statement. “It’s a great time to join the club and be part of an exciting journey in the years to come.”