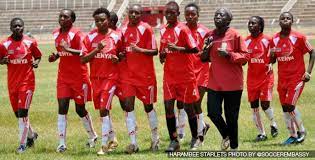 June 13 – Despite a plea from world players union Fifpro,  the Court of Arbitration for Sport (CAS) has thrown out an appeal by Kenya women’s team to be reinstated in next month’s African Cup of Nations, citing a legal technicality.

In March, Fifpro and Kenya Footballers Welfare Association urged CAS to overturn the cancellation by the Kenyan federation of the women’s qualifier with Uganda.

Uganda was handed a bye by the African Football Confederation after the FKF said it was “unable to independently plan and successfully execute any international matches” because of the internal crisis enveloping Kenyan football.

That, crucially, ruled the Kenyan women’s national team out of the Africa Cup of Nations and quashed any chance of the country qualifying for the 2023 World Cup.

But CAS said the judge in the case only had jurisdiction to rule against the Kenyan FA’s original decision – not against CAF’s to officially withdraw Kenya and replace it with Uganda at AFCON.

“The appeal was directed against the (Kenyan federation) decision only,” the court said in a statement. “Since no appeal has been filed against the CAF decision to qualify Uganda to the next qualifying round, the CAS could not review it.”