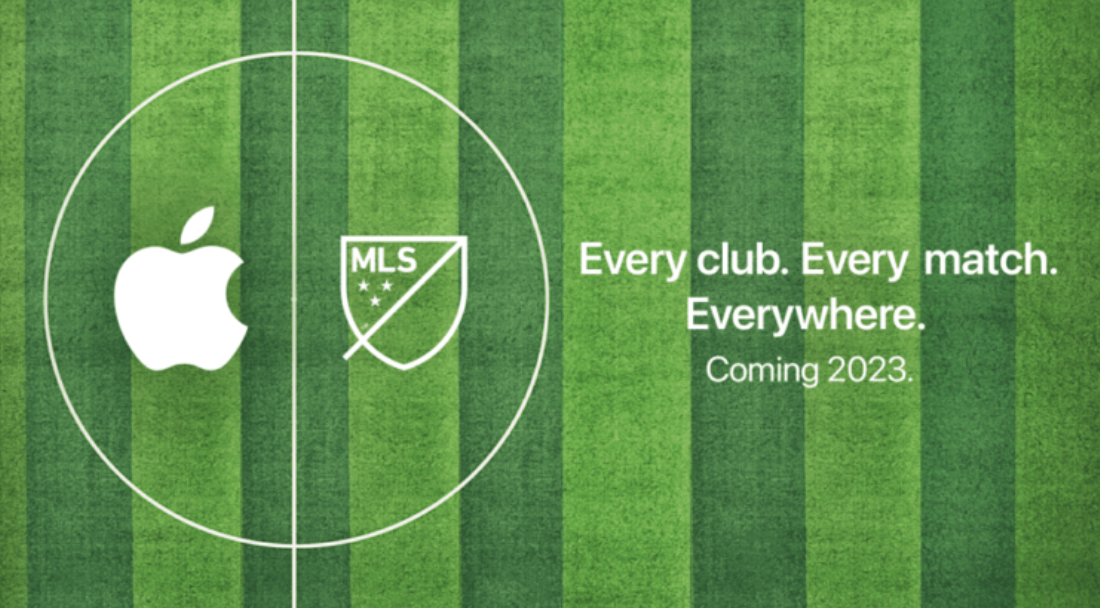 June 15 – Apple has taken its first step into live football broadcasting agreeing a deal that will see the Apple TV app become the exclusive platform for every MLS match.

The 10-year deal will start with the 2023 season and will see MLS games available globally to anyone with an Apple TV subscription.

The value of the deal is reckoned to be at least $2.5 billion over the 10 years, or $250 million a year. A big increase in the $100 million per season deal the MLS previous had.

The partnership with MLS is significant as it is Apple’s first move into live sports as it builds its streaming platform to compete with Netflix, Amazon and Disney. Apple is expected to expand its live sports streaming output into other US major league sports.

The content licensed by Apple includes the MLS regular season matches, the new Leagues Cup (the new MLS/LigaMX competition), as well as select MLS NEXT Pro and MLS NEXT matches – the development leagues of the MLS.

MLS matches will be accessed via a new MLS streaming service, available exclusively through the Apple TV app. Content will be both live and on-demand and commentary will be in English and Spanish.

“Apple is the perfect partner to further accelerate the growth of MLS and deepen the connection between our clubs and their fans,” said MLS Commissioner Don Garber. “Given Apple’s ability to create a best-in-class user experience and to reach fans everywhere, it’ll be incredibly easy to enjoy MLS matches anywhere, whether you’re a super fan or casual viewer.”

Apple said details on subscription pricing, new MLS programming, an “improved” match schedule, broadcast teams, production enhancements, and pre and postgame coverage will be announced in the coming months.
“For the first time in the history of sports, fans will be able to access everything from a major professional sports league in one place,” said Eddy Cue, Apple’s senior vice president of Services.

“It’s a dream come true for MLS fans, soccer fans, and anyone who loves sports. No fragmentation, no frustration — just the flexibility to sign up for one convenient service that gives you everything MLS, anywhere and anytime you want to watch. We can’t wait to make it easy for even more people to fall in love with MLS and root for their favorite club.”