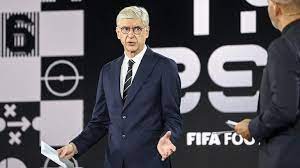 June 16 – Conmebol has slammed FIFA’s chief of global development Arsene Wenger for suggesting Africa’s infrastructure is inadequate for developing talent and that Europe is the only continent where rising stars can reach full potential.

The south American confederation has reportedly sent a letter to FIFA to “condemn the very unfortunate expressions” of the former Arsenal manager.

While speaking at an International Coaching Conference in Germany in May, Wenger said that if French striker Kylian Mbappe “had been born in Cameroon, he wouldn’t have become the striker he is today.”

In its scathing response Conmebol declared: “Just like Africans, we South Americans know first hand the kind of behaviour that comes from the belief that the world begins and ends in Europe.”

“Wenger’s words, beyond showing an unusual ignorance about the valuable input of African players in world soccer, and particularly in Europe, show a denigrating twist that hides the effort of footballers and sporting institutions that are not in Europe.”