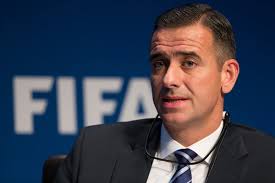 June 16 – Former FIFA finance director Markus Kattner has told the Federal Criminal Court in Bellinzona, Switzerland, that he didn’t flag the payment of CHF2 million from FIFA, requested by Sepp Blatter, to Michel Platini to the Swiss federal authorities and that he doesn’t believe it was an illegal payment.

Testifying on the fifth day of the trial Kattner said that he had handed over a large file, including documents, in the presence of FIFA lawyers to Swiss investigators but that he had not drawn former prosecutor Olivier Thormann’s attention to “a particular payment”.

“I was then convinced of the legality of the payment so I would have had no reason to do so,” said Kattner.

“I worked for a long time with Mr Platini and Mr Blatter and I didn’t feel they were dishonest. I do not understand how, on the basis of such a large number of documents and data, this payment would have given rise to an initial suspicion.”

Kattner was providing a list of payments made in 2010 to FIFA executive committee members.

While the basis of the trial is on whether Blatter sanctioned an illegal payment to Platini, Kattner’s testimony contradicts that of Thormann who said Kattner had highlighted that payment to him. This now plays to the relevance of a wider scenario over who did flag that payment and what was their motive?

Platini has long argued that the allegations that this was a fraudulent payment are part of a wider conspiracy to keep him out of election to the FIFA presidency. The implication is that current FIFA president Gianni Infantino tipped off the Swiss judiciary and that this potentially links to Infantino’s own criminal investigation case over whether he attempted to influence the course of Swiss investigations in a number of undocumented meetings with the Swiss Attorney General Michael Lauber.

Ultimately the ruling is on whether the payment was an illegal secret payment or not. However there does appear to be a much bigger issue at stake for the Swiss justice system over whether it has been manipulated.

In a further twist, Platini’s lawyer Dominic Nellen has filed a criminal complaint against Thormann for an alleged breach of secrecy during an alleged briefing to journalists after his testimony in the trial last week.