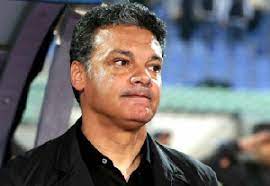 June 17 – Ehab Galal has been dismissed as the head coach of the Egyptian national team after just three matches in charge, the Egyptian Football Association (EFA) have confirmed.

Galal succeeded Carlos Queiroz who was dismissed after the Pharaohs failed to qualify for the 2022 World Cup following a penalty shootout defeat to African champions Senegal. But the new coach didn’t last long. EFA sacked him following a shock 2-0 defeat at the hands of Ethiopia in a 2023 Africa Cup of Nations qualifier and a 4-1 friendly loss against South Korea.

He had made a winning start to his Egypt tenure with a 1-0 win against Guinea, a Nations Cup qualifier, but the two subsequent defeats proved to be his undoing.  Galal had previously managed a slate of clubs, including Zamalek, El Masry and Al Ahly Tripoli.

EFA board member Hazem Emam said the federation will look to appoint a foreign coach. “I would like to thank coach Ehab Galal, a very respectful man, who has worked under some tough circumstances,” said Eman. “I want to apologise to him, but sometimes the pressure is too much and we saw it would be better for everyone to change.”