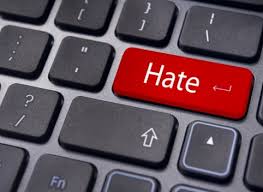 June 20 – Over half of the players who competed in the latter stages of Euro 2020 and the African Cup of Nations finals were abused online before, during and after the game, according to a shocking report released jointly by FIFA and FIFPRO, the international players’ union.

Homophobic slurs were the most common form of detected abuse, followed by racism, with much of it coming from fans of the players’ home nations.

The study was based on artificial intelligence to track over 400,000 posts on social media platforms during the semi-finals and finals of the delayed Euro 2020 and AFCON 2021.

“Homophobic (40%) and racist (38%) comments provided the majority of the abuse,” said the independent report published at the weekend to coincide with the United Nations International Day for Countering Hate Speech.

With the World Cup in Qatar just five months away, FIFA says it will work with Fifpro to implement a plan on how to protect players.

This will involve scanning recognised hate speech terms published to identified social media accounts and, once detected, prevent that comment from being seen by the recipient and their followers.

“Although the offending message remains visible to the person who originally made the comment, its visibility and reach will be significantly reduced,” said FIFA.

England’s Marcus Rashford, Bukayo Saka and Jadon Sancho were all targeted online following their penalty misses in the Euro 2020 final.

“Our duty is to protect football, and that starts with the players who bring so much joy and happiness to all of us by their exploits on the field of play,” said FIFA president Gianni Infantino.

“With the FIFA World Cup Qatar 2022 and FIFA World Cup Australia and New Zealand 2023 are on the horizon, FIFA and Fifpro recognise it is important to make a stand and to include what is monitored on social media with what is already being monitored in the stadiums. We want our actions to speak louder than our words and that is why we are taking concrete measures to tackle the problem directly.”

Fifpro president David Aganzo added: “Online abuse is a societal issue and as an industry we cannot accept that this new form of abuse and discrimination affects so many people including our players. Research such as these reports is critical, but it must lead to action to provide prevention and remedy.”