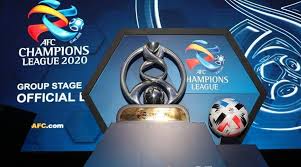 June 20 – Japan has stepped up to host the East zone knockout rounds for the AFC Champions League 2022 to be played in August.

The AFC splits its premium club competition into two regions (East and West) dues to the travel practicalities across the geographically vast confederation. The winners of each region meeting in the final.

Japan will host centralised Round of 16, Quarter-finals and Semi-finals in Saitama starting August 18, with the quarter finals to be played August 22 and the semi-final on August 25.

The Round of 16 sees all-South Korea encounter with Daegu FC taking on 2006 and 2016 champions Jeonbuk Hyundai Motors. There is also an all-Japan match up with Vissel Kobe taking on Yokohama F Marinos.

Japan’s hosting of the Champions League regional knock-out rounds could foreshadow a bid to host next summer’s AFC Asian Cup as the last-minute replacement for China who pulled out of hosting in May citing on-going issues with the global pandemic.

Japan’s FA said they would like to step up to fill the gap left by China but were not sure that they would get the support required from the Japanese government to stage the region’s biggest football event.

The centralised venue for the West Zone is still to be announced.

With this edition of the AFC Champions League the AFC has split the international club season to match the European calendar, moving away from its traditional calendar year.