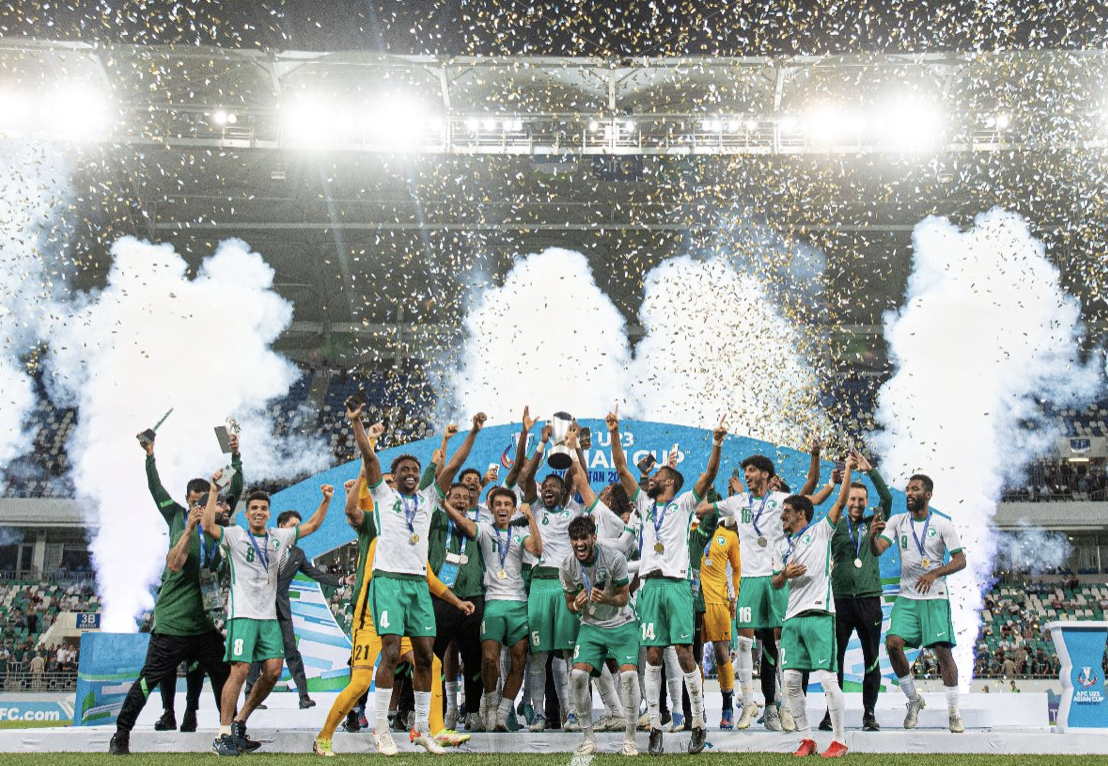 It was a win that will further encourage the Kingdom’s investment in developing its football infrastructure and was achieved, impressively, without the Saudis conceding a goal in six matches.

The match opened cautiously in front of a packed and partisan home crowd in the Bunyodkor Stadium – local fans had been banned from attending the semi-final win against japan after crowd incidents in the previous game.

As the game progressed so Saudi Arabia took a grip, determined to better their runners up positions of 2012 and 2020. On 39 minutes they had a claim for a penalty overturned by VAR .

The Saudis started the second half dominant emerged for the second half and were soon ahead through an Ahmed Alghamdi goal. The Uzbeks battled bravely and could have equalised in the 71st minute but Firas Albrikan responded by putting the match beyond doubt three minutes later.

With the AFC working hard to return all its events following the challenges of the pandemic, Salman said it “was another clear indication of the AFC’s steady and undeniable road to normalcy, and we must applaud the UFA and the LOC for showcasing great determination in organising a truly memorable spectacle.”

In the play-off for third place Japan defeated Australia 3-0 at the Pakhtakor Stadium in Tashkent.

Kein Sato opened the scoring with a Jordan Courney-Perkins own goal doubling Japan’s lead before half-time. Shota Fujio made it three midway through the second half as the Japanese ran out comfortable winners.