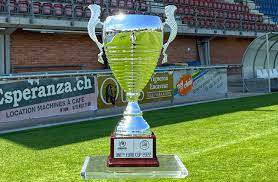 June 21 – Alongside the the United Nations Refugee Agency (UNHCR), UEFA is staging a new European tournament for refugees, the UNITY EURO Cup.

On June 29 UEFA will host eight national association teams at its HQ in Nyon, Switzerland, competing for the inaugural UNITY EURO Cup.

“Our common goal is to help refugees, asylum seekers and internally displaced people to remain physically and mentally healthy and become part of their host community through the power of football,” said Michele Uva, UEFA’s Football and Social Responsibility Director.

“We have increased UEFA’s investments in refugee support by 40%, and warmly congratulate the National Associations among the 11 winners and eight special mentions of our Refugee Grant Scheme.”

Teams from Austria, Belgium, Germany, France, Italy, Malta, the Republic of Ireland and Switzerland will be accompanied by former national players from the  nation’s footballing community. Matches will be played at the Colovray Stadium in Nyon.

Each team will be composed of 70% refugees and 30% non-refugee players.