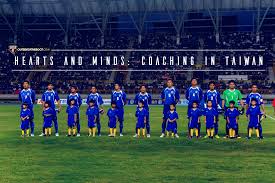 June 22 – Taiwan has accused China of “bullying” after organisers of the World Cup in Qatar again changed the reference for Taiwanese visitors applying for an identification card that doubles as an entry visa, this time to “Chinese Taipei”.

Initially, the country was listed as ‘Taiwan, Province of China’, enraging Taiwan’s government and many of its citizens.

The country’s Foreign described the listing as ‘unacceptable’ and belittling, calling on the World Cup organisers to amend the name on its official website.

In a bid to calm the spat, organisers did just that, renaming the listing to just ‘Taiwan’ for which Taiwan’s government expressed gratitude.

But now the name has been changed again – to ‘Chinese Taipei’, used in most sports to avoid political issues.

Chinese authorities expressed “appreciation” of the Qatari government’s “adherence to the one-China principle and its handling of relevant matters in accordance with the usual practices of international sports events.”

But re-amending the name was criticised by Taiwan’s foreign ministry, which accused Doha’s organisers of being “unable to rigorously refuse the intrusion of illegitimate political forces.”

“[China] has repeatedly and blatantly used its fictitious ‘one-China principle’ to continue to belittle Taiwan internationally and create the false impression that Taiwan that belongs to China.”