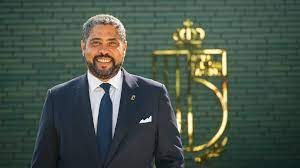 June 22 – Paul Van den Bulck has been elected the new chairman of the Belgian FA (KBVB). A lawyer, he becomes the first black and independent chairman of the governing body.

The 57-year-old, with no relationship to the professional or amateur game, succeeds Robert Huygens for a two-year term. Van den Bulck was the only candidate for the presidency. He is the second KBVB chairman with a migration background following Mehdi Bayat.

Van den Bulck says that diversity will be important during his tenure. “Normally you shouldn’t talk about something like that anymore in these times,” Van den Bulck told local media. “But I realize that I am also a role model, I hope I can be an example for others. I think diversity in governing bodies not only in the federation but also in society leads to better debate and better decisions.”

It will be a busy year for Belgium from a sporting point of view. The country’s two senior national teams will feature in 2022’s two major international tournaments, with the Red Flames playing at the Women’s Euro and the Red Devils going to Qatar.

However, the KBVB has not communicated anything yet regarding equal pay or equal bonuses.  “I note that there are still very large differences in premiums between women and men in sports. I just want to say that we have to move in the direction of equal pay,” said Van den Bulck.

Belgium’s national stadium also remains a divisive issue. The Belgians failed to get plans for a new national venue off the ground in the build-up to Euro 2020 and for the foreseeable future, they will continue to play at the outdated Heysel Stadium where 39 fans lost their lives during the European Cup final between Juventus and Liverpool in 1985.

“Upgrading the infrastructure of the Boudewijn Stadium is a major challenge,” says Van den Bulck. “I want to see Belgium present internationally, also vis-à-vis UEFA and FIFA. The infrastructure is very important in this, that’s obvious.”