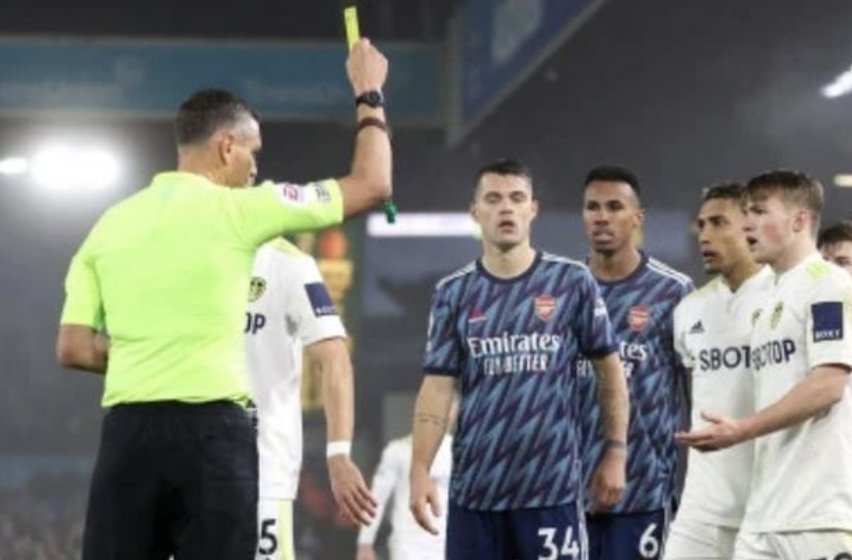 June 23 – A yellow card handed out to Arsenal’s Swiss international Granit Xhaka back in December is reportedly being investigated by Britain’s National Crime Agency amid suspicious betting activity.

Despite a comfortable 4-1 win by his team the Arsenal midfielder was given a booking for time wasting in the 86th minute of his side’s visit to Leeds in the Premier League.

According to reports, the English Football Association has passed on information to the agency after a six-month investigation of their own – although there are no suggestions of any wrongdoing from Xhaka or any of his teammates.

Reports suggest the investigation was opened by the FA due to an unusually large bet of around £52,000 that was placed during the game on Xhaka being booked in the final ten minutes. The suspicious bet was placed on a betting exchange website,  and was reported to have earned a pay-out of around £250,000.

Xhaka has poor disciplinary record for Arsenal and bookies were also alerted to the odds of Xhaka being booked, which were higher in the final ten minutes of the match than they were before kick-off.

As the clock ticked beyond the 85-minute mark, Xhaka stood over a free-kick inside his own half for more than 20 seconds but it is important to stress there has been no investigation into Xhaka’s conduct.

Meanwhile the Moroccan FA’s ethics committee is suspending 10 club officials from football activities on the heels of match fixing scandals.

First among the banned individuals are Abdellah Karim Kazouz, president of the Oujda Islamic Union, and Salami Al Athimi, secretary of Chabab Benguerir. Abderrazak Al-Manfalouti, president of Casablanca’s Athletic Union and Ibrahim Falaki, spokesperson for Olympique Asfi were fined $2,000 each and banned for one year.