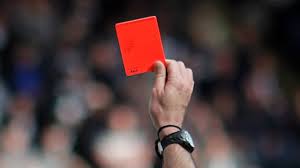 June 24 – Four teams from South Africa’s fourth tier have been banned for good after being found guilty of match fixing when crucial games in the race for promotion finished, wait for it, 33-1 and 59-1 respectively… including 41 own goals!

Matiyasi FC, Shivulani Dangerous Tigers, Kotoko Happy Boys and Nsami Mighty Birds were all kicked out after an investigation found their games were rigged.

Matiyasi FC and Shivulani were battling it out at the top of the division, with the latter leading the league by three points and, crucially, with a goal difference advantage of 16 going into the last set of fixtures.

Several Kotoko players removed themselves from the field at half-time, pleading that they were tired and could not carry on. They played the remainder of the game with seven men.

An investigation by the South African football authorities found that Matiyasi had been able to fix their game in conjuncture with Nsami Mighty Birds as the Mighty Birds did not want Shivulani to win the league.

Officials from the clubs have received suspensions of between five and eight seasons for their roles in fixing the games on 22 May, while the respective match officials have been given ten-season bans.

Vincent Ramphago, president of the Mopani region, told the BBC: “When the teams had previously met in March, the scorelines were considerably more sober with Matiyasi beating Mighty Birds 2-1 while Dangerous Tigers drew 2-2 with Happy Boys.”

“Our investigation found that Matiyasi and Nsami wanted to stop Shivulani from topping the log so they agreed on fixing the match to prevent this from happening.”

“After hearing that Matiyasi were leading 22-0 at half-time, Shivulani colluded to remove Kotoko Happy Boys players from the field. The players who came off said they were tired leaving their team with only seven players. In the Matiyasi game meanwhile, the referee gave players red cards so that Nsami ended up with seven players.”

“These people don’t have respect for football, and we cannot allow it to happen again.”