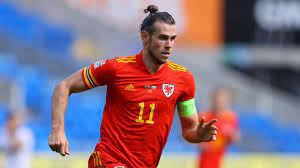 June 27 – With the summer transfer window in full swing, Gareth Bale, not so long ago the world’s most expensive footballer, has ended months of speculation by surprising almost every football pundit by choosing the MLS as his next destination.

The Wales captain, a five-time Champions League winner with Real Madrid, has joined Los Angeles FC after becoming a free agent and is expected to be officially unveiled this week on an initial 12-month deal despite apparent overtures from a string of European clubs.

The MLS season runs until November, a fortnight before Wales’  World Cup campaign, allowing  Bale precious game time. With his £600,000-per-week contract expiring at the end of this month, there was no doubt he would be leaving Madrid. The only question was where.

He was apparently linked with a return to his old club Tottenham Hotspur and, somewhat implausibly, Championship side Cardiff City, his home-town club.

Although some might suggest going to the USA represents a lost opportunity for Bale to remain among Europe’s elite – he is still only 32 – reports suggest  the MLS has long been earmarked as an ideal destination for the twilight years of his career.

More importantly, having had previous little game time at Real Madrid in recent years, he needs to be fit for Wales’ first World Cup since 1958, with the MLS regular season running from February to October, followed by the play-offs.

Speaking to The Athletic website, LAFC’s co-president John Thorrington revealed how he had received a text from Bale’s agent after the recent Wales-Ukraine World Cup playoff final, setting in motion a deal few outside Bale’s inner circle had even contemplated.

“Did I think, coming into the year, ‘let’s set aside money to sign Gareth Bale?’. No, that was not in my plans,” said Thorrington. “But I did tell our ownership there will be these moments for opportunism and that we need to be in a position to strike.”

“What we can offer a player like him is a unique opportunity to come and do something different.

“Not just on the field – and that’s the focus – but also off the field, there is real momentum with where this league is going with the World Cup coming here (in 2026). He saw this opportunity to make a real difference.”