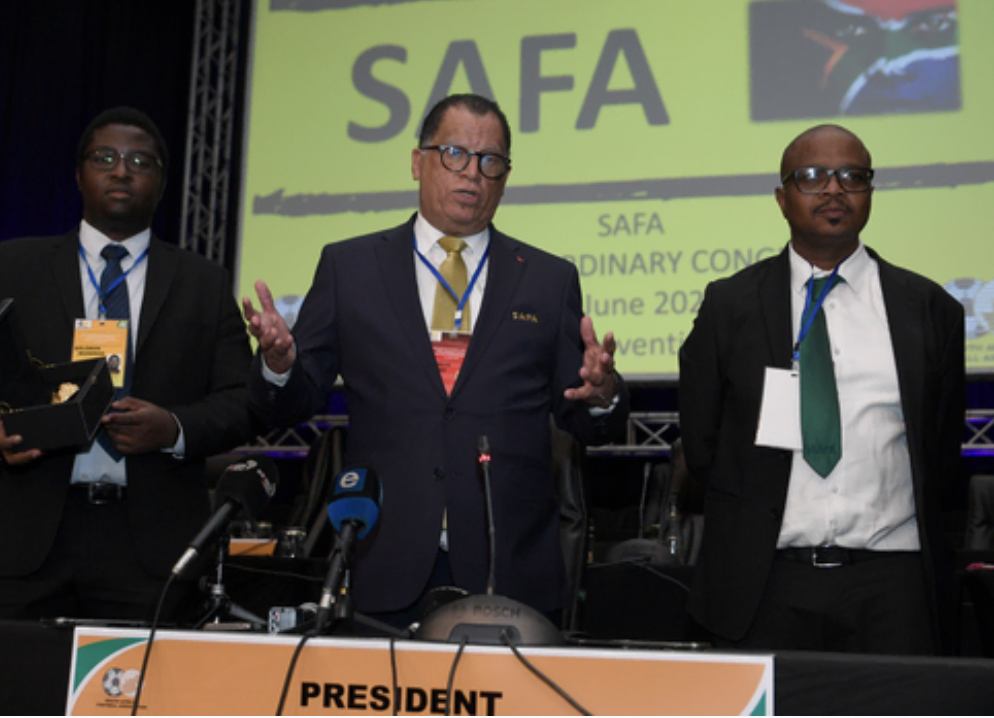 June 27 – Danny Jordaan has retained the presidency of the South African Football Association (SAFA) for a third and final term after a very contentious election defeating former SAFA vice-president Ria Ledwaba, who could have become the first woman to lead the game in the country.

Jordaan, 70, has been Safa boss since 2013. He was the CEO of the 2010 World Cup in South Africa. He said that the membership had asked him to ensure he had an adequate succession plan for when his new term comes to an end in 2026.

“That’s one of the reasons why [some of the] members said ‘you can’t just drop the ball and go’,” explained Jordaan.

“You must have a succession plan. I heard them and we agreed. It is not as if I woke up one morning and said I want a third term. That is far from the truth, I had accepted that I’d made my contribution. But I must now manage the vision for 2030 and put a plan in place.”

The landslide victory comes after weeks of turbulence at the top of the game. Local media outlet City Press reported in May that SAFA had awarded its national executive members R20.8 million ($1.3 million) in honoraria.

A Pretoria court rejected Ledwaba’s attempt to prevent the elections from being staged. She alleged that various constitutional and procedural irregularities marred the entire electoral process, but the court dismissed her application citing a lack of urgency.

Reacting to her defeat, Ledwaba said: “I still believe that Safa needs to change. And I believe that I have not lost today – in fact, football has lost a servant.”

“But it has to be a fair [playing] ground where everybody has got a fair opportunity. But in this election, we all know there was no fair ground.

“The constitution, we all know, was changed just to suit certain individuals. But we will continue to fight. I think it is important that Safa should change.”

She added: “Until Dr Jordaan is out of football I will not rest.  I don’t think he’s good for our football. I believe he has done his part for all these years he has been in football. But I think you cannot have football that’s a one-man show.

The elections were also marred by friction with the media. At a news conference, SAFA’s NEC members attacked the press verbally before the briefing had to be abandoned.

Safa Overberg president Tankiso Modipa was one of those who accosted the press. “We see the contribution that the president is doing for football and we asked for a third term,” said Modipa.

“It’s always unfair for you as the media to ask questions that are direct and personal to our president… You are not even in football, you are just a journalist, you must deal with the journalist [things] and not attack our president. We decided for a third term.”