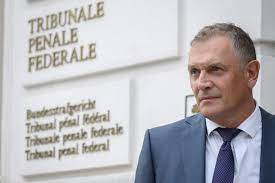 A Swiss appeals court on Friday found Valcke, 61, guilty of bribery and forgery of documents relating to kickbacks in negotiations for World Cup broadcast rights in Italy and Greece and gave him an 11-month suspended sentence plus a CHF20,000 fine.

Valcke, who was FIFA secretary general and Sepp Blatter’s right-hand man from 2007 to 2015, is now going to Switzerland’s supreme court to try and clear his name.

Valcke was acquitted of aggravated dishonest management and in a statement his legal team commented: “Valcke did not harm FIFA, and his full acquittal on the counts of mismanagement has, therefore, logically been confirmed. Just as logically, the criminal justice system has now rejected FIFA’s civil claims.”

The legal team called the court’s reversal of a lower court’s acquittal of Valcke in 2020 on corruption charges “a mistake and a fantasy”, saying the contracts involved were favourable to FIFA and were approved at all levels.