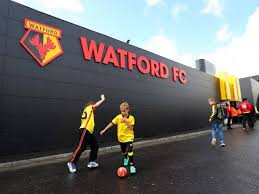 The fixture was due to take place on the final day of a pre-season camp in Austria on July 10.

The decision came after two supporters groups urged the Championship club to display its support for “all human rights, the LGBT+ community and women’s rights” at the game which has instead been called off.

“The game was never finalised and it became abundantly clear this was a game not to play; as such, the schedule was revised,” a club spokesperson said.

“Women of Watford and Proud Hornets are delighted that Watford FC has listened to our concerns and cancelled the game with Qatar,” the two groups then posted on Twitter.

Qatar’s Football Association (QFA) said it had received a number of offers from European clubs to play friendly matches.

“After studying the offers, we selected some friendly matches with various European teams and Watford was not among these matches that the team will play,” the QFA insisted, without citing the other European clubs involved.