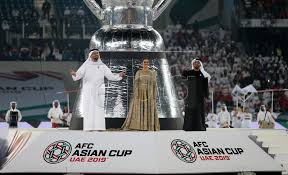 June 29 – Indonesia has become the latest country to express an interest in hosting the 2023 Asian Cup after government authorities threw their weight behind the Football Association of Indonesia (PSSI) bidding plans.

Earlier this week, the Asian Football Confederation (AFC) extended the deadline to submit bids from June 30 to July 15 as it is left scrambling to find a replacement host for its flagship tournament following China’s withdrawal from hosting duties because of its zero-Covid-19 policy.

Indonesia has now signalled its intent to bid for the event. The country jointly hosted the tournament in 2007 with Malaysia, Thailand and Vietnam. In 2019, in the UAE, the championship was expanded to 24 teams.

“The government has allowed PSSI [to submit the proposal to the Asian Football Confederation or AFC],” said Indonesia’s youth and sports minister Zainudin Amali at a press conference as quoted by news agency Antara.

Indonesia will host the U-20 World Cup in May with six venues locked down to stage the tournament, but the government says that won’t be a problem.

“Our infrastructure will still be ready and the human resources will also still be ready, thus it will not be too difficult for us to implement the 2023 Asian Cup,” said the minister.

South Korea, Japan, Australia, and Qatar have also expressed interest to stage the 2023 finals, which will be the second edition of the Asian Cup in a 24-team format.

The AFC will award the hosting rights on October 17, which will provide a short timeline for the hosts to prepare.