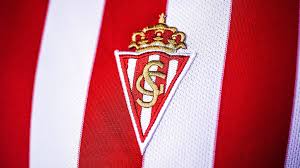 Headed by Alejandro Irarragorri, the Mexican group signed an agreement in Madrid on Tuesday for €43 million to acquire the majority share in Gijon.

“The majority shareholders of Real Sporting de Gijón S.A.D. and Orlegi Sports have reached an agreement whereby the group of Mexican origin has acquired the majority of the share capital of the historic club,” announced the club in a statement.

Irarragorri will serve as the club’s new president, with Alfonso Peniche and Martin Hollaender joining as board members.  Irarragorri and his Grupo Orlegi own Mexican clubs Atlas and Santos Laguna in LigaMX.

“The acquisition by Orlegi entails the commitment to develop the maximum potential of Real Sporting de Gijón as a club and as a youth academy, to contribute to the training of women and men who join the youth football categories, as well as to build community creating shared values in the city of Gijón, and in all the places where Orlegi Sports activity takes place,” said the statement.

Last season, Gijon narrowly avoided relegation to the third division. Gijon last played in LaLiga’s top flight Primera for two season ending in relegation in 2017, but has a record of 42 season in the top flight having been ever-present during the 1970’s to the end of the 1990’s. The club plays at the 30,000 capacity ‘Quini’ stadium.