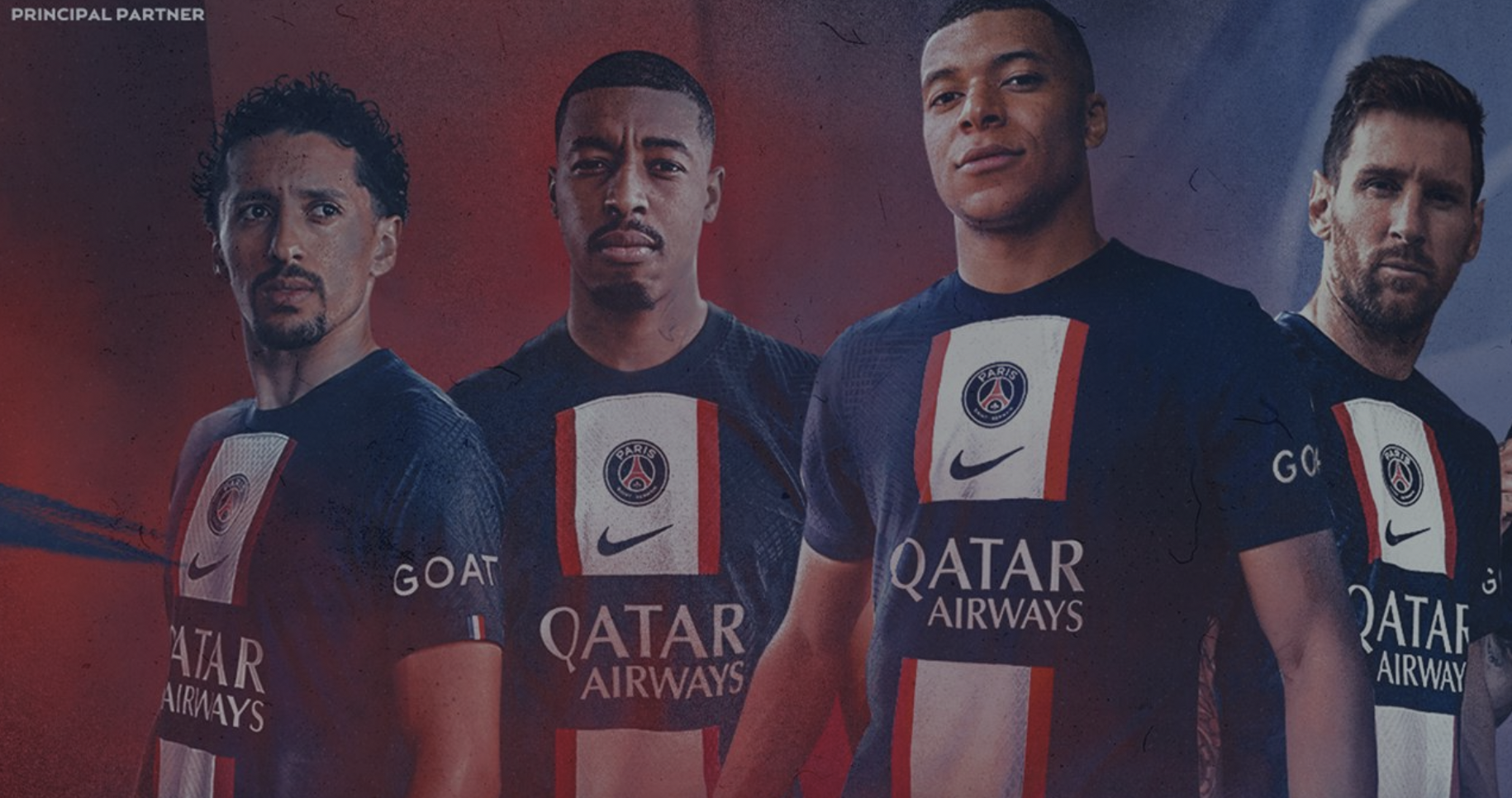 June 29 – In a move that will only further fuel criticism of PSG’s reliance on Qatar-ownership related sponsorship deals, Qatar Airways has been confirmed as the club’s new shirt sponsor in a multi-year deal.

Qatar Airways, already a premium partner of the club since 2020, will replace Accor’s ‘Live Limitless’ logo which has been on PSG shirts since 2019. Accor will remain a sponsor partner of PSG.

No value was given for the new sponsorship though Accor was understood to be paying between €60-70 million per season. Qatar Airways won’t be paying any less.

The Qatar Airways deal also comes with the announcement that Hamad International Airport (HIA) in Doha will be the club’s Official Airport and Official Duty Free (QDF), with a club merchandise store being opened in the QDF.

As well as being on the front of the club’s men’s, women’s and youth professional teams, the partnership will have a large element of content creation and offer “inspiring” way for fans to interact with the club, said a club statement.

“The announcement of a new jersey partner is a milestone for the club, said Marc Armstrong Chief Partnerships Officer of Paris Saint-Germain.

“We are delighted to see Qatar Airways step up their commitment to the Paris Saint-Germain family… Qatar Airways will increase their global visibility and integration into football just a few months before the World Cup starts in Qatar and way beyond it too.”

The airline will increase its visibility in the Parc des Princes stadium with additional LED exposure and upgraded VIP hospitality experiences.

Qatar Airways Chief Commercial Officer, Thierry Antinori, said: “We have entered a new era in our partnership with one of the biggest clubs in the world – Paris Saint-Germain. Our connection with the club has gone from strength to strength, and the new season will feature Qatar Airways on the front of the club’s kits; one of football’s most recognised jerseys.”

While Qatar Airways stole the attention with its front of shirt sponsorship, PSG also unveiled a new sleeve sponsor. New-generation lifestyle retail platform GOAT has upgraded its partnership with the club to the jersey’s left sleeve, replacing the Qatar National Bank (QNB).