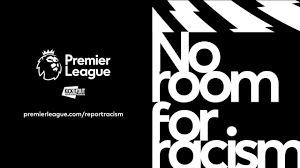 A 2021 Professional Footballers Association study found 44% of Premier League players received abuse online and last summer, the government promised to ban those who abuse footballers online for up to 10 years.

The CPS said it would now be able to ask courts for tougher penalties for supporters “intent on hateful conduct”, including racist abuse.

“The new legal provisions will allow banning orders to be made for abuse involving racial or other hateful hostility which occurs online,” the CPS said in a statement.

The CPS said football-related hate crimes had been on the rise in recent years.

“There is no place for hate in football. Hate crime can have a profound impact on victims,” it said.