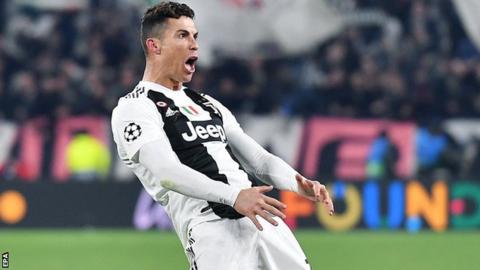 The claim seeks compensation for legal fees from attorney Leslie Mark Stovall, who represented Ronaldo’s accuser Kathryn Mayorga in a civil lawsuit against the Portuguese icon.

Earlier this month, a US judge threw out the rape allegation lawsuit against Ronaldo because of the way documents were obtained by the accuser’s legal team.  Mayorga, a former model, alleged that the Portuguese super star raped her at a Las Vegas hotel in 2009 but Ronaldo has never been charged.

Mayorga, who said she met Ronaldo at a nightclub, reportedly reached an out-of-court settlement in 2010, but has been seeking millions more than the $375,000 she is said to have received.

The lawsuit sought a further pay-out, which might have run into millions of dollars, but Dorsey kicked the case out of court.

In doing so, she accepted the recommendation of a federal magistrate, saying Stovall had used “misappropriated documents” and that Ronaldo could therefore not have had a fair trial.

“Stovall’s repeated use of stolen, privileged documents to prosecute this case has every indication of bad-faith conduct,” her judgement said.

“Because of her attorney’s abuses and flagrant circumvention of the proper litigation process, Mayorga loses her opportunity to pursue this case and attempt to unwind the settlement of claims that, themselves, implicate serious allegations of a highly personal nature.”

The ruling declared that Stovall “crossed the border of ethical behaviour”.