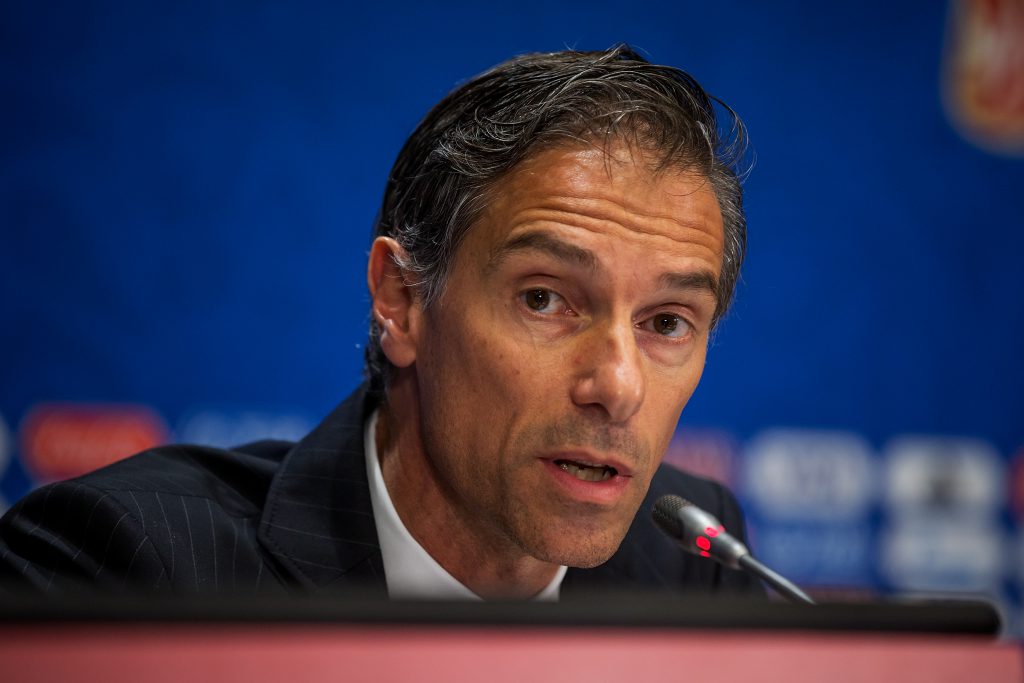 By Samindra Kunti in Odense

Speaking at the Play The Game conference in Denmark, Addiechi (pictured) said: “We have recently been criticised for allegedly misleading football fans about the carbon footprint of this year’s World Cup in Qatar. I would like to be very clear: we have not.  We have committed to delivering a carbon-neutral World Cup and our methodology is extremely solid.  We will continue to use best available practice in our calculation of scopes 1,2,3 emissions.”

FIFA and World Cup organizers Qatar came under scrutiny after it was announced that a huge number of charter flights will be organised from neighbouring countries to shuttle fans to Doha to attend matches, a measure in no small part taken to ease the pressure on Qatar’s opaque and insufficient number of hotel rooms.

It may well defeat the benefits of what will be the most compact global finals ever, with six out of the eight stadiums in the Qatari capital Doha, eliminating the need for fans to take any domestic flights during the tournament.

However, Addiechi, who claimed that FIFA values transparency, refused to commit to having FIFA’s carbon-neutral measures and numbers audited by independent climate rights groups.

The world federation’s head of sustainability later did not respond to questions from Insideworldfootball on the environmental impact of the 2026 World Cup, which will be the biggest football tournament ever spread across three countries – the United States, Mexico and Canada – and FIFA president Gianni Infantino’s endless globetrotting, sometimes using a private jet.

The Zurich supremo proclaims to have the climate’s best interests at heart, showing the green card, but, recently, Infantino travelled to Yerevan, New York City and Kigali – the home to Rwandan dictator Paul Kagame and host city for the 73rd FIFA Congress – in the space of eight days.