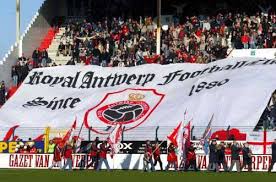 July 3 – In a controversial move, Antwerp have signed up BetFIRST as their new, headline sponsor despite the Belgian authorities’ intention to outlaw betting ads by 2025.

“We are extremely proud because this agreement with betFIRST is one of the biggest sponsorship deals in our club history,” said Antwerp COO Dirk Van Oekelen. “Together with Ghelamco and the Gheysens family, who remain inextricably linked to the club, betFIRST will help continue the development of Antwerp FC. This is a new milestone in that development. “

The club’s COO argued that the new partnership could “send a positive signal to society”.

The deal between the Belgian club and betting operator runs until 2027, which conflicts with plans announced by the minister of justice Vincent Van Quickenborne to ban bettings ads in Belgian sports by 2025. The Pro League claimed that it would cost the clubs 12% in revenue and demanded talks with Van Quickenborne.

Antwerp’s new betting partner follows their much-maligned appointment of Marc Overmars as their new technical director in March, just weeks after the Dutchman had exited Ajax Amsterdam over inappropriate behaviour.