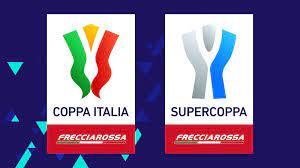 The Coppa Italia Frecciarossa was first named for the 2021-22 season. The travel brand has also been confirmed as the Travel Partner for Serie A TIM and eSerie A TIM. The new deal covers the 2022-23 and 2023-24 seasons

Serie A said that there will be a series of digital and social initiatives, including a fan giveaways, over the whole season to activate the sponsorhip.

“We express great satisfaction for the continuation of this journey with Trenitalia, a great Italian excellencecommitted every day to the fast transport of millions of people across the country – said Lorenzo Casini, President ofLega Serie A.

“Just as it happens every day in the connec­ tions between places and people, the Coppa Italia Frecciarossa will ideally unite Italy through a competition that we are certain will give, also this year, great emotions to all the fans”.

Luigi Corradi, CEO of Trenitalia, said that the sponsorship was a good fit with sports and travel both back on track after the pandemic.

“The repositioning strategy of the Coppa Italia, which began a year ago with a new sports format and a newdomestic broadcaster such as Mediaset, has generated growing audiences thanks to increasingly hard-foughtmatches,” said Lega Serie A CEO Luigi De Siervo.