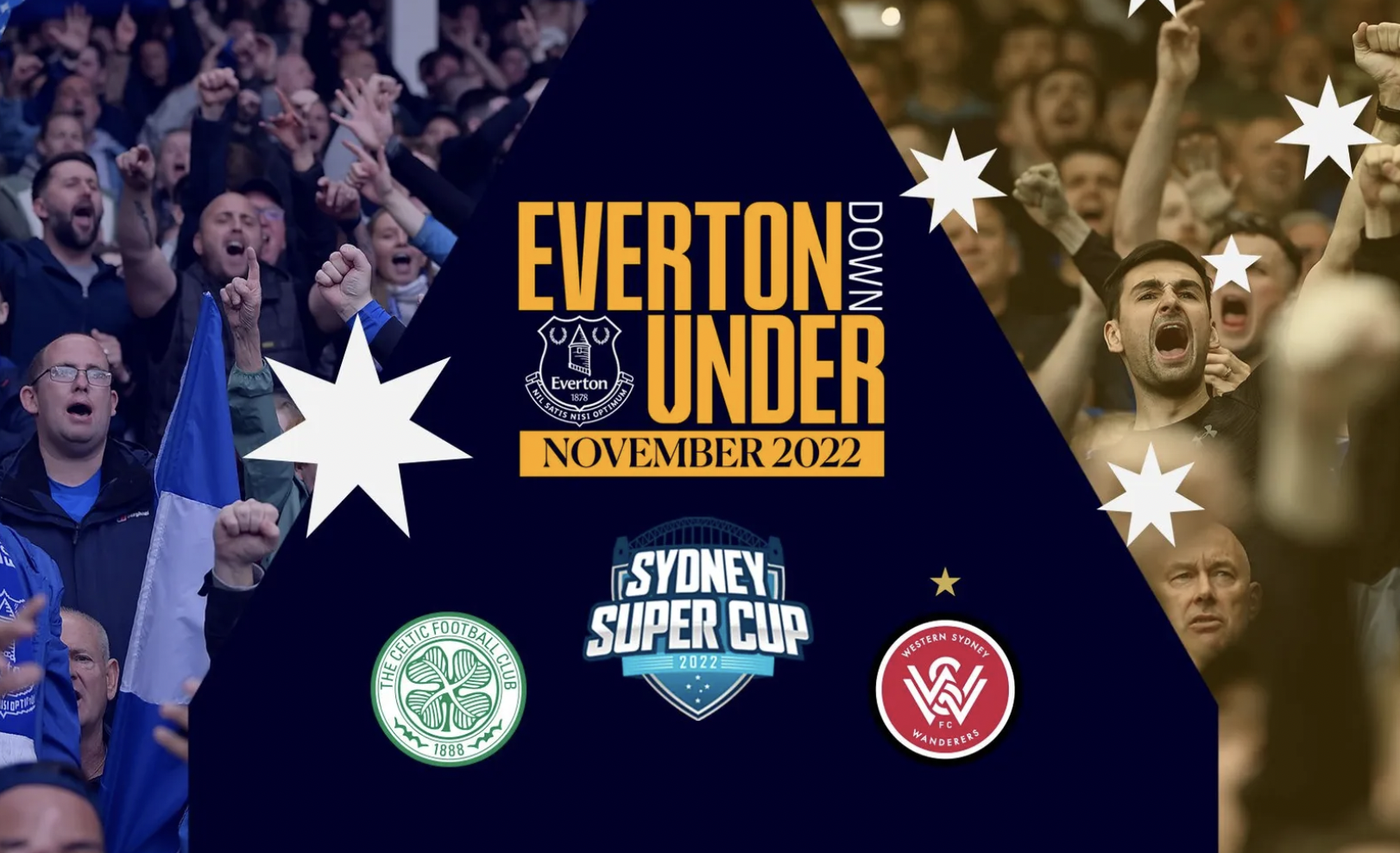 July 10 – With the World Cup kicking off on November 21, enforcing breaks on clubs and leagues worldwide, Premier League Everton and Scottish champions Celtic will be heading down under to play a tournament in Australia.

They will compete in the inaugural Sydney Super Cup in November alongside A-League side Western Sydney Wanderers.

Everton’s game with Western Sydney Wanderers on Wednesday 23 November will close the competition.

Everton manager Frank Lampard said: “The winter World Cup has provided us with this opportunity to visit an amazing country and play against really strong opposition. We’ve also got a lot of passionate Evertonians in Australia and we can’t wait to catch up with them.

“Other than the players on duty at the World Cup, we will be taking our strongest possible squad. This promises to be a very worthwhile tour on every level, and we are delighted to be making the trip.”

The fixture between Celtic and Everton will have designated fan areas for each club. The atmosphere in the ground and the viewing numbers in the UK will make an interesting comparison with the World Cup opener in Qatar.