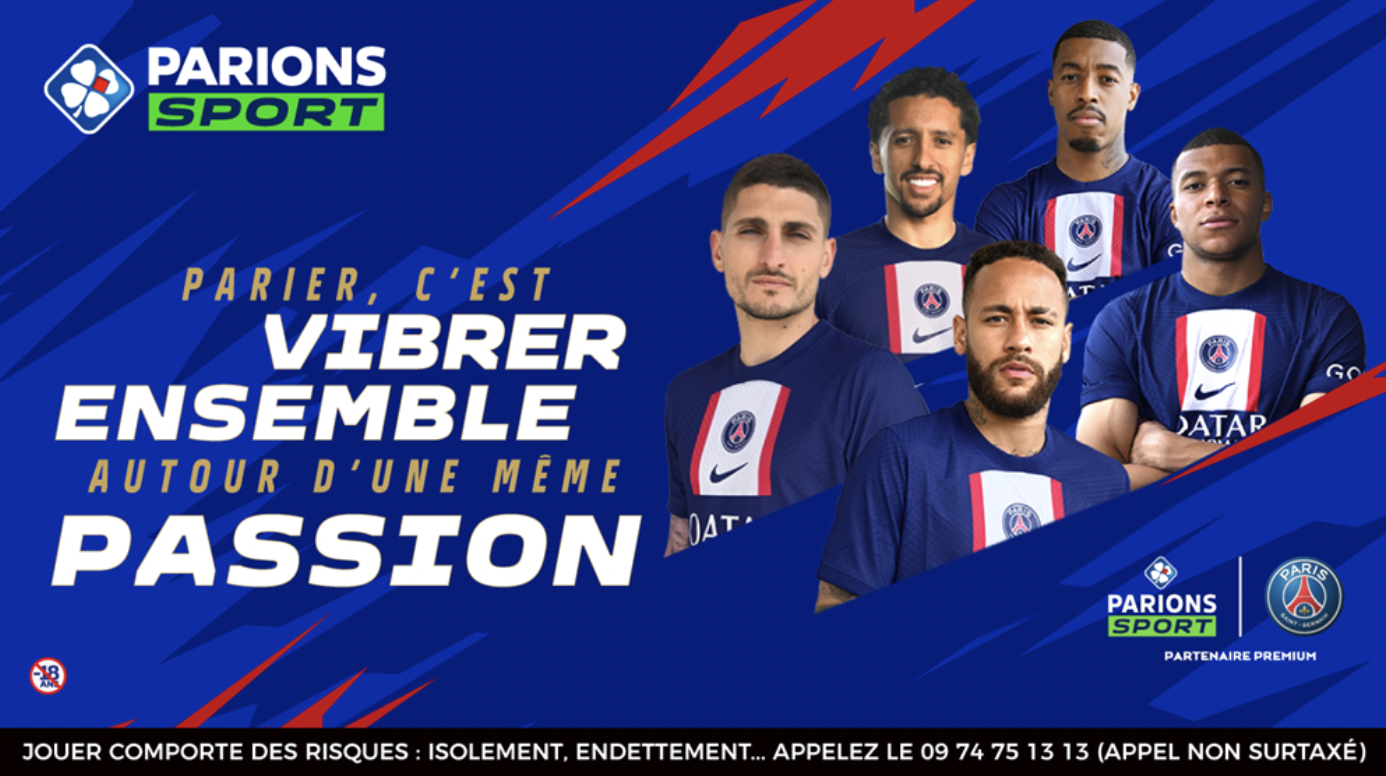 July 9 – Europe’s giant clubs have generally stayed clear of big betting deals, tending to run them as partnerships buried within their digital offerings. Paris-Saint-Germain are the second club to break the mould following Man City’s announcement of a partnership with 8XBet.

The brands will be designated as Premium Partners of PSG’s men’s team from the start of the new season with visibility across the club’s websites and applications.

On social media, ParionsSport en ligne will promote the odds for PSG matches as well as posting exclusive content, including competitions to win tickets for matches. ParionsSport point de vente will activate via its 28,000 partner distributers offering FDJ sports bets, as well as betting kiosk at the Parc des Princes.

Marc Armstrong, Chief Partnerships Officer at Paris Saint-Germain, said: “We are delighted to welcome Française des Jeux into the Paris Saint-Germain family. FDJ is a major player in the sports betting industry. We share their ambition to perform at the top level and are both highly committed to social responsibility. Together, we will treat our fans to ever more innovative experiences while ensuring that we promote ethical and responsible sports betting.”

PSG said that on average, the club’s French championship matches record twice the amount of bets than any other match in the league.

Richard Courtois, CEO of the Sports Betting Unit for the FDJ group said: “We are proud to team up with such a popular and successful club. This long-term partnership strengthens our position as a major stakeholder in sports betting in France and will enable us to share exclusive experiences with the club’s fans. We will activate this partnership responsibly and enthusiastically in order to reach the whole PSG and betting community.”

Responsible activation may be the key here. French gambling regulators issued a new set of guidelines and recommendations in February following their concern that “a line had been crossed” in the number of betting promotions in France around last year’s Euro 2020 tournament.

The guidelines state ads must not include individuals aged 18 and under, or personalities that appeal to minors – that means players as well which may jibe with the promise of exclusive content from the club. Ads also must not “encourage minors to think that gambling is a natural part of their leisure [time]”, said the guidelines.

It was also suggested that there should be a limit of three gambling ads per advertising slot on television and radio, and three per day per site online.

No value was given for the deal but what is interesting is that both PSG and Manchester City, owned by muslim Gulf states where gambling is illegal, have no problem taking money from the betting business. What next, a reverse of the ruling to allow beer to be sold in stadia at the Qatar 2022 World Cup.