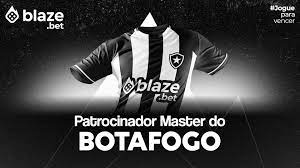 July 11 – Brazilian club Botafogo has partnered with Blaze.bet, but the new shirt sponsor will have to wait a little longer for its exposure after a mix-up with shirts on Sunday in the match against Cuiaba.

This weekend the Rio club announced a one-year deal with Blaze.bet. The terms of the agreement were not disclosed. Blaze.com is operated by Prolific Trade N.V, a company registered in Curaçao.

“Blaze has a disruptive mindset aligned with our project and sees Botafogo as the ideal partner to leverage its business,” said John Textor, Botafogo’s majority shareholder.

“The club always wants to have the best by its side. Blaze is also one of the ‘chosen’ ones and has everything to do with Botafogo. The company’s name refers to the flame and the symbol has fire as an element…Welcome.”

On Sunday, taking to the field away to Cuiaba, Botafogo planned to play with the new shirt sponsor for the first time, but referee Jefferson Ferreira de Moraes demanded the visitors play in white (their away shirts) instead of their traditional black and white shirts which had the new sponsor logo imprinted.

In a statement, Botafogo explained: “As the sponsorship was finalised yesterday [Saturday], there was not enough time to print the brand on all the uniforms.

“In alignment between the parties, Botafogo will debut the new brand in the next match.”

The Rio club went on to lose the match 2-0. On Thursday, they play America MG in the return leg of the second round in the Brazilian Cup.