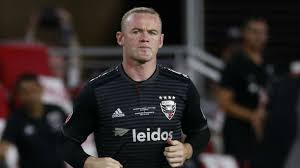 July 11 – Former England captain Wayne Rooney has agreed terms to coach D.C. United in Major League Soccer, the club for which he played in 2018 and 2019.

Rooney is quoted as saying he has a “few things to sort out” with the contract but was looking forward to the “challenge” of coaching United, who lost 7-0 at Philadelphia on Friday, equalling an MLS record for largest margin of defeat. DC are 13th in the Eastern Conference standings after nine defeats in 16 games.

Once the deal is completed and he receives a work permit, reports say Rooney will take the reins from interim coach Chad Ashton.

But the 36-year-old’s stock as a manager is high following the impressive job he carried out under financial constraints at Derby who were relegated in May to the third tier of English football.