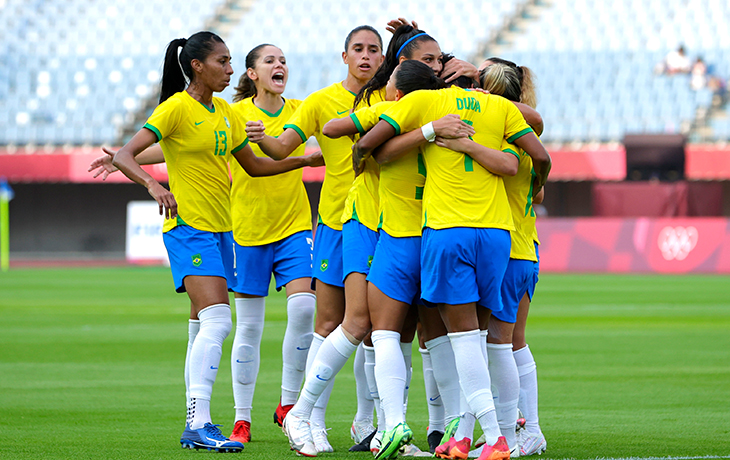 July 13 – Brazil coach Pia Sundhage has called on her team to improve at the Copa America despite a 100% record after two matches.

Sky-high favourites to win their eighth Copa America, the Brazilians breezed past Argentina, 4-0, and Uruguay, 3-0, in their opening two matches of the tournament, but the Swedish coach was not impressed by their latest outing.

“I really liked the result, we scored three goals and didn’t concede any,” said Sundhage. “But I’m not happy with our performance, especially the attack. We should have been more effective. I didn’t like the game, Uruguay did their job very well, they tried to make our game difficult. I didn’t like our acting, we have to improve.”

It is the first time since 1995 that Brazil are playing without stalwarts Marta, Formiga and Cristiane, but having dispatched Argentina, their main rival, it seems little will stop Sundhage’s team from maintaining their grip on the continental game. Brazil, however, have bigger ambitions with the 2023 World Cup drawing nearer.

The tournament doubles up as World Cup qualifying, providing three direct sports and two play-off spots for next year’s global finals co-hosted by Australia and New Zealand. The two finalists of the Copa America will represent South America at the 2024 Olympic Games in Paris.

In Group A, hosts Colombia, who had also bid for the 2023 World Cup, have a perfect record as well after victories against both Bolivia and Paraguay.

Last April, Conmebol president Alejandro Dominguez announced increased prize money for the competition, with the winners taking $1.5 million home and the runners-up $500,000. Bucaramanga will host the final on July 31.