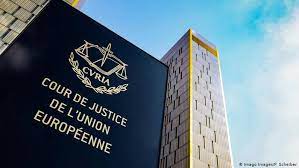 July 13 – European nations have joined forces to get behind UEFA in their legal fight to stave off the threat of a rebirth of a breakaway Super League.

On the second day of the two-day hearing at the Court of Justice of the European Union (CJEU) on Tuesday, EU states and others underlined the high stakes involved and backed UEFA in calling for the status quo to be preserved.

UEFA were taken to the CJEU after the remaining rebel Super League clubs accused it of abusing its power to block rival events and penalise players and clubs.

“These are values which UEFA and FIFA follow, both in the organisation of sports and the reallocation of revenues,” Hungary’s lawyer Ester Gyarmati told the 15-judge panel .

Twenty-one countries had put forward submissions including the Czech Republic who put up Deputy Foreign Minister Martin Smolek after changing its mind which side to support.

“The Super League only took into account the narrow interests of its clubs, it ignores the open nature of competition based on merits,” the country’s lawyer Andria Buhagiar said.

UEFA was accused by the Super League’s legal team of a “radical conflict of interest” because of its dual role as regulator and operator.  But UEFA hit back, saying the Super League, which collapsed within 72 hours last year, did so “because European fans like the current system and the values of sporting merit that it represents.”

The court’s advocate general said he would deliver his opinion on December 15, with the final verdict not likely until several weeks later, the outcome potentially affecting the entire future of European club competition.