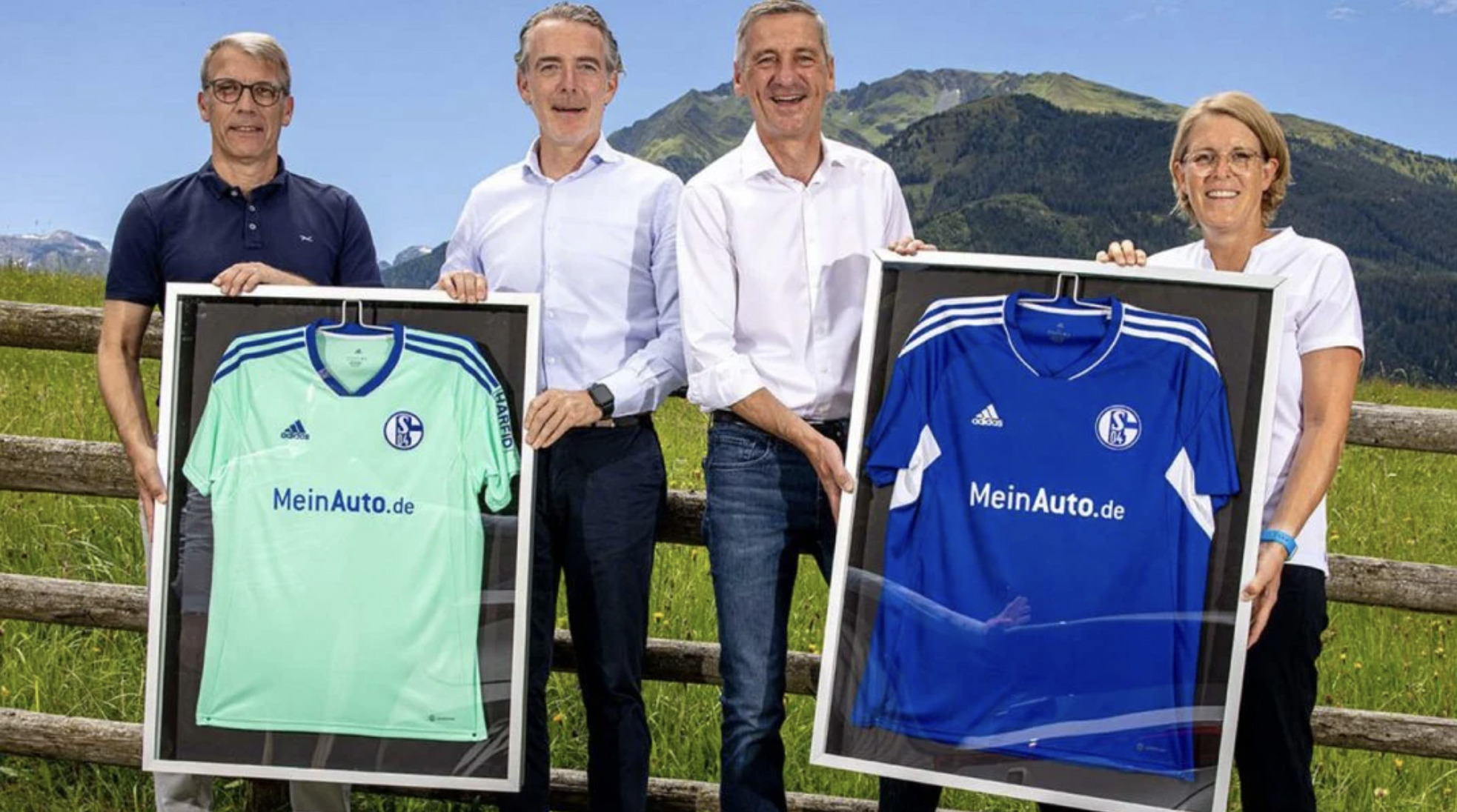 July 14 – FC Schalke 04 have found a long term replacement for Gazprom as the club’s shirt sponsor, with online new car sales platform MeinAuto.de taking the position from the start of the new season.

VIVAWEST stepped in to fill the gap and Schalke thanked the company for “a short but highly intensive phase” as the club reorientated its sponsorships. Gazprom had been Schalke’s main sponsor since 2007. VIVAWEST will remain a club partner.

The three-year deal with MeinAuto.de includes advertising inventory, presence on matchday TV boards, as well as presence across the club’s digital channels. The club said that they will also collaborate on joint projects in the e-sports sector.

Dr. Bernd Schröder, FC Schalke 04 CEO said: “In MeinAuto.de, we have been able to add a strong partner for our challenge in the Bundesliga. It’s the first time the established company is entering the world of sports sponsorship, so we are particularly pleased that they have chosen Schalke 04. MeinAuto.de has set itself the goal of revolutionising the process of buying a new car for the customer, simplifying and optimising it. We are glad that we can use our reach to support the company.”

MeinAuto Group, founded in 2007, is the leading online platform for the digital sales of new cars in Germany. In 2022 MeinAuto Group is targeting a turnover of €500 million. The company currently has over 500 employees.

Rudolf Rizzolli, CEO of MeinAuto Group AG, said: “FC Schalke 04 have shown how great things can be achieved with the courage to change. With a clear goal in mind, Schalke quickly got going and overcame the hurdle of direct promotion back to the Bundesliga at the first time of asking. It is a great success not only for the Schalke fans, but for German football as a whole.”