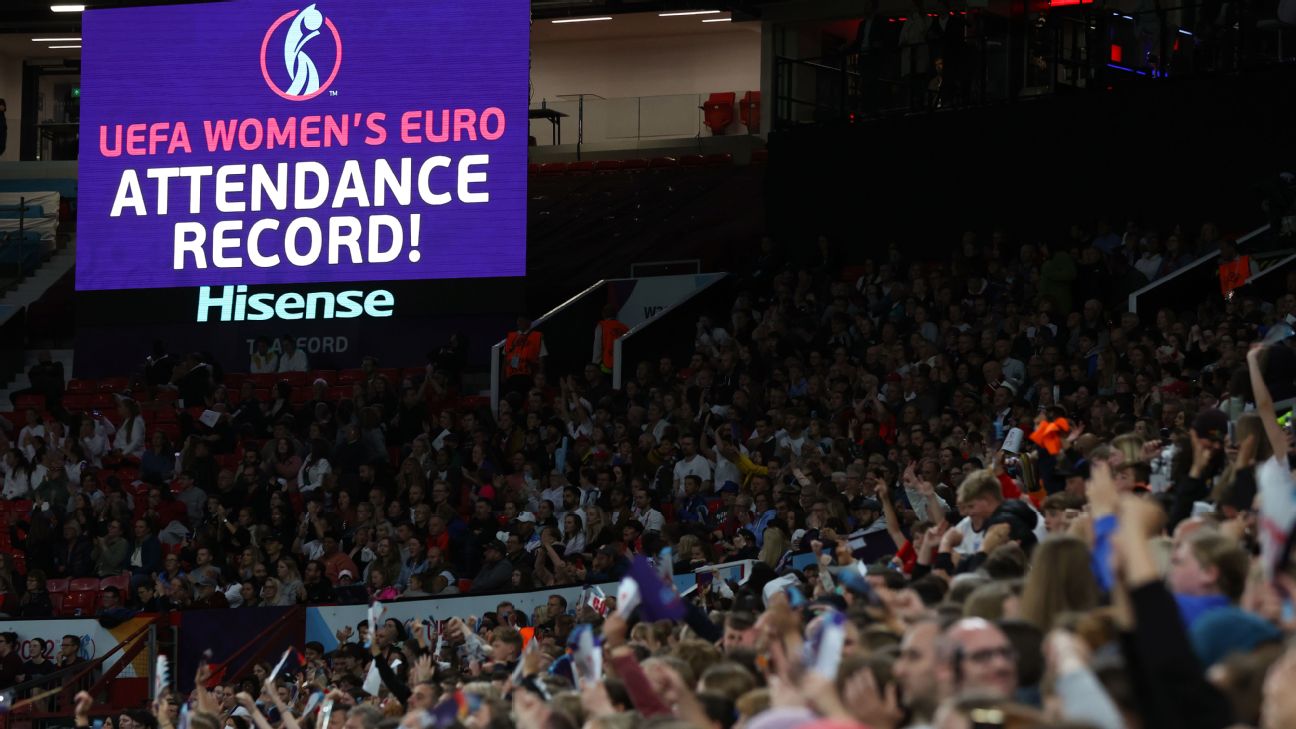 July 15 – The women’s Euros has smashed the record for the total attendance for the event – despite still being in the group stage and with only half the tournament played.

Euro 2017 in the Netherlands was attended by a total of 240,055 supporters, the record until now.

France became the third team to progress to the quarter-finals as they clinched top spot in Group D with a game to spare.

In the other Group D game, Italy needed a second-half goal from Valentina Bergamaschi to draw 1-1 against Iceland.

There are still 15 games remaining with an average crowd across the 16 games so far of 15,505.