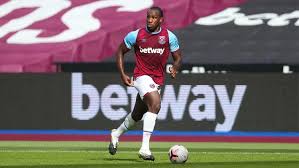 The proposal before the clubs is for a ban on front-of-shirt sponsorships with existing deals being phased out over three years.

However, there would be no ban on betting sponsors taking sleeve sponsorships.

With British prime minister Boris Johnson set to leave office next month, the Premier League is delaying a vote on its proposals to see if there is any reduction in appetite to regulate betting company advertising.

Up to this point, the removal of betting company sponsorship from shirt fronts as part of the government’s Gambling Review was reckoned to be a given by regulators, the gaming industry, the Premier League and clubs.

The position is unlikely to change considering the political power of the anti-gaming lobby.

For the Premier League to get agreement to put its proposal forward, 14 of the 20 clubs have to vote in favour. That vote is expected to be taken in September once it has been identified if there is any change in the political winds blowing through the Gambling Review.