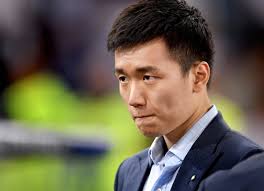 July 21 – Inter Milan owner Steven Zhang has failed to wriggle out of $255 million of outstanding debts held by Suning Xiaodian, loans that he personally guaranteed.

On July 19 the Hong Kong High Court handed down its summary judgement against Zhang, dismissing his defence that his signatures on the financial agreements were forged. The judge rejected the notion that they were forged as “contrary to inherent probabilities and common sense”.

With Zhang legally liable for the debts, questions will be again raised about the future of Inter Milan, one of the few assets Zhang has left and which if sold would enable him to repay his dent. Last December he was reportedly on the verge of selling to Saudi Arabia’s Public Investment Fund (PIF) for $1 billion.

The claim against Zhang was brought by China Construction Bank (Asia) Corporation Limited, on behalf of a group of offshore creditors. The $255 million sum comprised a $165 million facility provided to and an $85 million note issued by Great Matrix Ltd, to refinance Great Matrix’s borrowing for the spin-off of Suning Xiaodian from holding company Suning.com (which owns Inter Milan).  Steven Zhang is contractually liable under an Intercreditor Agreement and two personal guarantees.

Zhang holds senior positions in Suning Group and Inter Milan, and has a majority shareholding in Suning Smart Life and Suning Xiaodian’s immediate shareholder. The judge found that Zhang “plainly had a material interest” in the refinancing transaction and any allegation to the contrary “carries little conviction or credibility”, hence refusing any argument that the debt was not in his interest and that it should be forgiven.

The judge remarked that Zhang’s “last minute gambit” to bring in expert handwriting evidence had “backfired” because the report confirmed that the signatures were written by Zhang.

“The creditors were extremely disappointed that instead of working on repaying his debt, Zhang attempted to evade his responsibilities and chose to advance defence which was clearly not credible and against common sense,” said Jason Kang of Kobre & Kim, who represents the creditors.

“This is the first judgment against Zhang obtained by creditors outside mainland China. The creditors will take all necessary legal actions in multiple jurisdictions to enforce this judgment.”

Already China Construction Bank (Asia) Corporation Limited has started proceedings against Zhang and Inter Milan for invalidation of the club’s shareholder resolutions waiving payment of Zhang’s remuneration as president of Inter Milan on the grounds that the money could have gone towards the repayment of his debt.