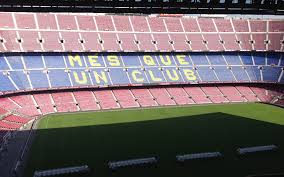 July 22 – Spanish giants Barcelona have sold another 15% of their La Liga television rights to US investment firm Sixth Street to generate funds to spend in the transfer market.

On Friday, the club confirmed the deal, which will see the US investment group an additional 15% share in the club’s media rights over 25 years.

At the end of May Sixth Street acquired 10% of the club’s TV rights for €207.5 million. This would value the additional 15% investment by Sixth Street at about €31o million, making the overall capital raise from the US firm at about €517 million. More than enough to finance the club’s current spending spree on players.

The club has not released the value of the second sale of the stake in its future TV rights, but a statement said that the transaction continues the implementation of a strategy agreed by members at its Extraordinary General Assembly in June.
“We continue to move forward on our strategy and are pleased to have completed this additional agreement with Sixth Street providing us with a meaningful increase in capital strength,” said Barca president Joan Laporta.

“Over the past few weeks, we and Sixth Street have engaged and collaborated with a shared understanding of what we are seeking to achieve for our organisation, and we look forward to our long-term partnership.”

Sixth Street has over $60 billion under management and earlier this year agreed a €360 million investment in Real Madrid, based around the redevelopment of the Santiago Bernabéu stadium.

“FC Barcelona is one of the world’s premier sporting organizations, and we are glad to be expanding our relationship through this additional investment,” said Alan Waxman, co-founder and CEO of Sixth Street.

“Our flexibility and cross-platform expertise continue to be of value to management teams when seeking to execute highly strategic initiatives.”

Separately Barcelona has also agreed to sell up to 49% of its merchandising and sponsorship business. Earlier this year the club struck a new sponsorship and naming rights deal with Spotify.

Barcelona has been struggling financially for a number of seasons and had been told by LaLiga it had to reduce its spending to meet the league’s financial fair play rules. Last year, the club had to let talisman and Argentine star Lionel Messi go. Other players had to defer wages to keep costs under control. In total, the club is labouring under €1.35 billion of debt.

But that has not stopped Barcelona from reinforcing their squad after disappointing results in their last campaign. The Catalans signed Robert Lewandowski, Raphinha and Pablo Torre for a combined £91.6 million, brought in Andreas Christensen and Franck Kessié on free transfers, and continue to pursue players.

The Lewandowski deal generated criticism from Bayern Munich coach Julian Nagelsmann who called Barcelona “the only club in the world that has no money but can buy every player”. Now he knows where it is coming from.

Barca is currently cashflowing its €1.3 billion Espai Barca project which will see the club relocate to the 60,700-capacity Olympic Stadium for the 2023.24 season. Laporta said it would only be for a season and that they would be back in the Nou Camp – though with a reduced capacity while work continues – for the 2024/25 season.

The redevelopment of the Camp Nou will see capacity increased from its current 99,000 to 110,000, including the construction of a roof.