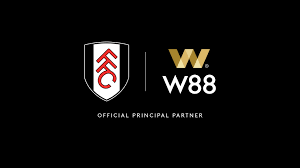 July 26 – Fulham have squeezed in a one-year shirt sponsorship deal with online betting firm W88. The agreement comes ahead of an expected pact within the Premier League clubs to phase out betting company shirt front advertising in a bid to win favour with UK regulators ahead of the review of gambling laws.

The W88 logo will be on the front of both the men’s and women’s first teams for the 2022/23 season in what the club is saying is a record sponsorship for the club. W88 replace World Mobile who were on the front of the club’s shirts last season when they won promotion back to the Premier League.

In the end the betting sponsorship money was more important to the club and its owners than the mood of its fans who, according to a survey carried out by the Fulham Supporters’ Trust, are 47% in support of an outright ban on gambling sponsors on football shirts – 46% said they would feel uncomfortable with a gambling company as the club’s main sponsor.

The new kit will be unveiled on July 29 in Fulham’s last pre-season friendly against Villareal at Craven Cottage. The start their Premier League campaign the following week against Liverpool.

As well as the shirt sponsorship W88 will also receive ad inventory across Craven Cottage on matchdays and on the club’s digital channels. W88 will also activate via the creation of digital and social content.

Fulham FC Sales Director, Jon Don-Carolis, added: “We’re pleased to welcome W88 on board as Main Team Partner this season in a record sponsorship deal for the Club. The deal provides significant revenue to assist with our commercial objectives, enabling us to compete in a challenging and exciting Premier League campaign.”

Hilly Ehrlich, W88 Business Development Manager, said: “We are both proud and excited to be partnering with London’s oldest professional football club, Fulham FC, as they return to the top-flight of English football. We are also looking forward to engaging with their passionate global fanbase during the season ahead and delivering innovative content with the Club.

“With a global footprint, W88 is a brand which represents integrity, trust and excellence and we will be actively promoting responsible gaming.”