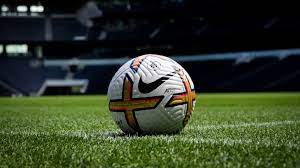 July 27 – Plans by the English Premier League for a new cash distribution system to support lower league clubs have been described as having “more holes than a slice of Swiss cheese”.

Shareholders of the top flight are reported to have met on Tuesday to discuss the so-called ‘New Deal for Football’ under which cash would be distributed to clubs on a sliding scale of where they finished in the league.

Parachute payments for relegated teams would still be in place – though at a far lower amount than the £44 million which is currently given to clubs in the first season after they go down.

In return, the Premier League reportedly would insist on Championship teams developing their under-23 talent as part of any restructuring.

But the FAIR Game organisation, which has 24 affiliated clubs from the Championship downwards, has responded to the merit-based idea with a healthy dose of scepticism.

“These proposals have more holes in them than a slice of Swiss Cheese,” said CEO Niall Couper.

“This so-called ‘New Deal for Football’ is deeply flawed. It shows a complete lack of respect for the hard-working community clubs that are the heart and soul of so many towns throughout the country. The football pyramid is not the Premier League’s play-thing.

“To insist upon under-23s playing in the EFL undermines the sporting integrity of the pyramid. A merit-based system does nothing to tackle the gambling culture that led to the problems that have inflicted clubs like Derby, Macclesfield, Bolton and Bury in recent years.

“We need an independent regulator to assess whether this ‘New Deal’ is in the best interest of the national game or solely fitting the needs of a closed group of billionaires. It is time for an independent regulator to take control of football’s financial flow and protect the nation’s football ecosystem. It is time for a culture that rewards well-run clubs and secures club’s security for generations to come.”