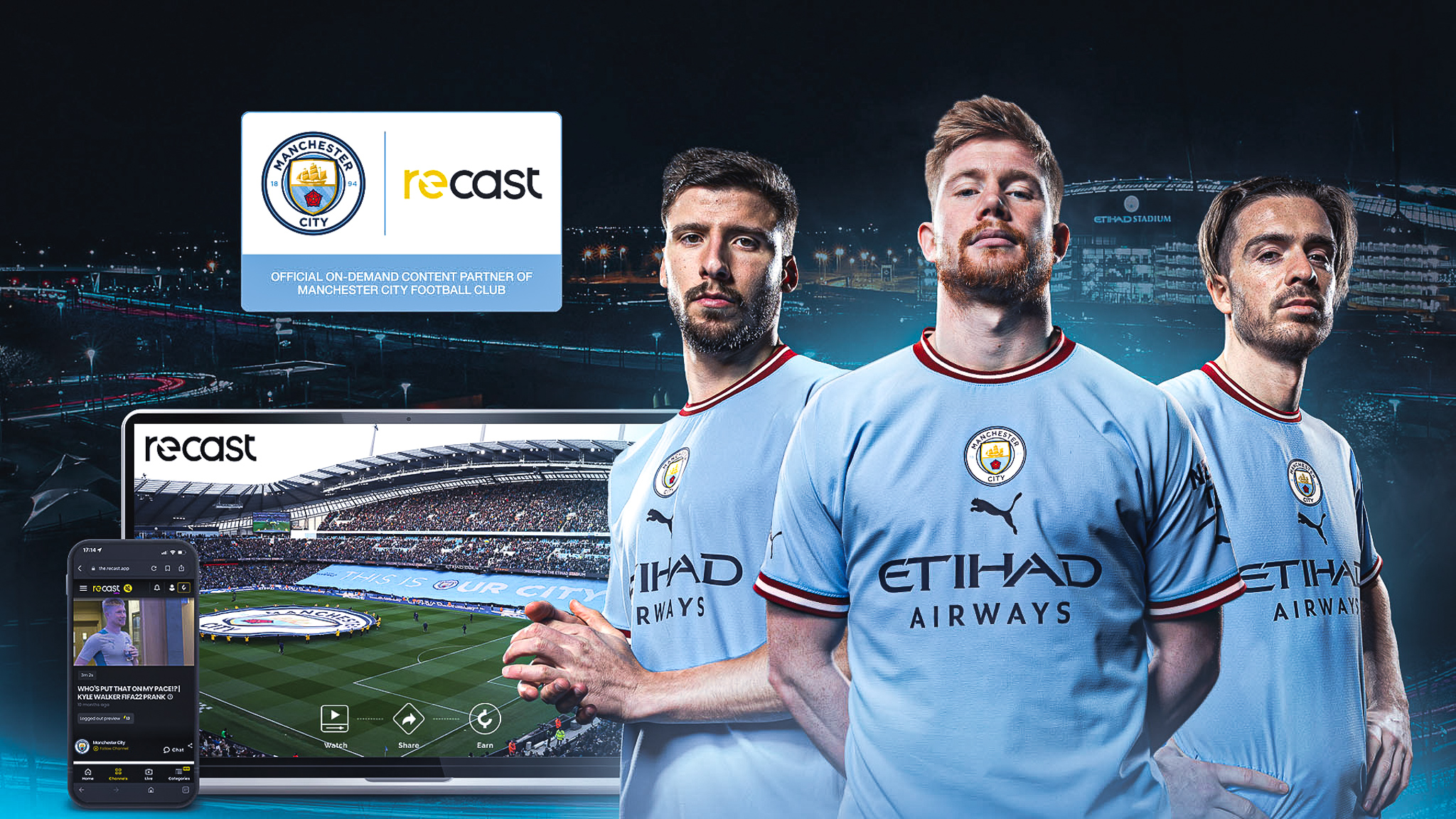 July 27 – Micro-payment streaming platform Recast has launched a Manchester City channel that is available globally and kicked off with the club’s friendly against Bayern Munich last weekend in Green Bay.

Tonight the club will co-premiere its documentary series ‘Together: Champions Again!’ across its Recast Channel and City+ platform, and on August 24 will broadcast the club’s charity friendly fixture against Barcelona.

Recast is a subscription-free, live and on-demand streaming platform which pays publishers (in this case Manchester City) for every single view of the content the club receives, with up to 85% of all income generated from advertising going to them directly.

Recast’s micropayment model prices content from just 1p per minute, using an in-platform credit system, ‘Cast Credits’.Casts can either be purchased or earned by watching ads, sharing videos or data, or by inviting friends to join. Casts areused to watch content.

Andy Meikle, Founder and CEO of Recast, said: “Man City has grasped this opportunity to fully unlock their digital revenue potential… The club’s Recast Channel will complement City’s existing subscription OTT platform giving fansgreater choice and control as to how they watch content, either by monthly subscription on City+ or by paying-per- view on Recast.”

The Recast Channel will include Manchester City Women’s games, press conferences, U18 and U23 coverage, behind-the-scenes action, player and legend interviews and the full back catalogue of City+ documentaries, said the club.

The Man City Recast Channel is intended to complement the club’s subscription-based City+ platform, rather than cannibalise it.

Gavin Johnson, Media Director at City Football Group, said: “The launch of the Man City Recast Channel is another exciting development in the club’s ongoing digital and content offering for our millions of fans around the globe. Complementing our existing City+ offering, the new Recast Channel will allow fans the flexibility and choice to watchand engage with content as and when they please.”